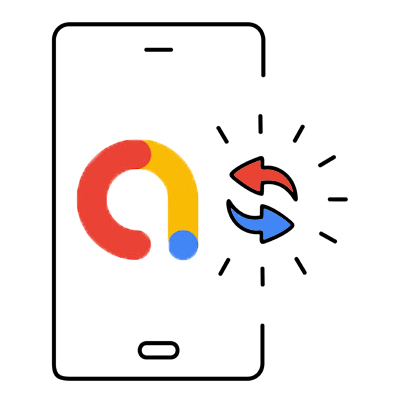 Google released a batch of new monetization, targeting and measurement features for AdMob on Thursday, with a focus on (what else?) data privacy.

“Everybody is thinking about how they can evolve in this new world,” David Mitby, Google’s senior director of product management for app ads, told AdExchanger.

Apple’s privacy changes on iOS, in particular, including its AppTrackingTransparency (ATT) framework, have changed the calculus for how app developers find users, engage them and make money.

For starters, AdMob is updating its Ads Activity report, a tool that gives developers a centralized view of their campaign performance, with a handful of new metrics derived from third-party sources, including “app version,” “hour of delivery,” “ad source” and a user’s ATT opt-in status.

The purpose is to give developers as much ad-related data as possible in one place so they can optimize their monetization and get a better sense of how platform privacy policies impact their revenue.

“Especially with some of Apple’s changes, being able to slice and dice between what you know about consented users and not consented users can be valuable,” Mitby said. “For example, a developer could tell whether one iOS version of an app is monetizing better or worse than another.”

Google also encourages developers to integrate the latest version of the Google Mobile Ads SDK for iOS (the Android version isn’t supported yet) so they can access new features, like the “same app key.”

The “same app key” allows developers to generate a local on-device identifier that’s limited to one single app and can be used to perform the non-cross-site tracking functions, like frequency capping and fraud and spam detection, that would normally hinge on an IDFA or other device ID.

Developers in Europe need to get consent via a prompt before any keys can be generated, although people who have opted out of personalized ads will never be tied to a key regardless of where they’re located. Same app keys are generated by default for users outside of Europe, but they can refresh their key or opt out altogether at any point.

“This key is scoped to just that developer, so it’s not about cross-site tracking,” Mitby said. “The point is that it doesn’t require an email address or a phone number or anything like that to accomplish these more basic use cases.”

On the user acquisition side, Google will give developers the ability to share aggregated first-party insights about their audience to inform the machine-learning algorithm that powers Google Ads. This will be available at some point in the coming months.

“Developers will be able to send us hints about their audience to inform our models, like, for example, ‘These are the types of players that have spent a lot of money in the past or tended to play a game the longest,’” Mitby said. “As we’re seeking new users, our model can look for the people most likely to fit that profile and convert.”

It is interesting to see Google hand some measure of control over targeting back to developers. The trend has largely been in the other direction. Google’s App Campaigns product, for example, uses machine learning to automatically decide when and where to run ads for the best return, whether that’s Search, Google Play, YouTube, Discover and/or the Google Display Network.

“There is, of course, data out there that you can’t get just from conversion signals for installs, and so we want to make sure we’re taking input from the marketers and using those insights to do an even better job,” Mitby said.

But speaking of automation, AdMob is adding a feature called “new audience lists” that automatically generates a list of users who have made an in-app purchase in the past, which can be used for targeting and engagement campaigns.

“We’re able to get a kind of jumpstart on the modeling,” Mitby said.

Also related to bidding, Google is planning to let developers improve their tROAS – a bid type that stands for “target return on ad spend” – by sending revenue data from all of their monetization platform partners to Google Analytics. (This one will also be available “in the coming months.”)

On top of that, Google is announcing a bunch of new integrations, including with AppLovin’s MAX, Digital Turbine’s FairBid and Zynga-owned Chartboost’s Helium (say that five times fast) to support real-time in-app bidding (aka unified auctions) for advertisers using Google Ads and DV360. Ta-ta, waterfall.

Also new today, publishers will be able to access demand from Pangle – that’s the name for TikTok’s ad network, apparently (who knew!) – directly via AdMob.