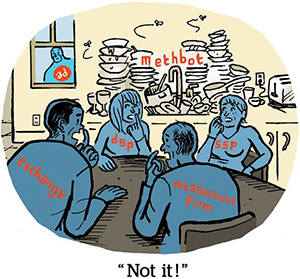 Five years after a Russian ad fraud scheme that bilked digital advertisers out of more than $7 million was uncovered, self-proclaimed “King of Fraud” Aleksandr Zhukov was convicted last week by a federal jury in Brooklyn.

Zhukov, 41, was arrested in Bulgaria in 2018 and extradited to the United States in 2019 for running a bot scam called Methbot, which set up fake websites and users to deliver ads. He was convicted on four counts, including wire fraud and money laundering.

The New York Times, the New York Post, Comcast, Nestle Purina, the Texas Scottish Rite Hospital for Children, and Time Warner Cable were among the companies who believed that their ads were being sent to actual internet users on real webpages. WhiteOps (recently renamed Human) blew the lid off the scheme at the end of 2018.

“I am excited that we're able to see justice for something that erodes the trust in the digital advertising market,” said Stephanie Layser, vice president of advertising technology and operations at News Corp. “This is good for publishers, for advertisers. I hope it discourages fraudsters from participating in these schemes moving forward.”

The takedowns of Methbot and another botnet scam called “3ve” were described as the largest ad fraud investigation ever, and Human, then called White Ops, worked with Google and others to assist investigators. Human CMO Dan Lowden said the company was satisfied with the outcome.

“The entire programmatic advertising ecosystem should be encouraged by the Methbot conviction,” Lowden told AdExchanger. “We are making it harder and more expensive for cybercriminals to win. They always follow the money, so if you take away their ability to make money, the programmatic advertising industry benefits as long as we all work together in a collectively protected ecosystem.”

Other ad tech experts who spoke to AdExchanger cautioned that prosecuting ad fraud only addresses a fraction of the overall problem.

Shailin Dhar, CEO and founder of Method Media Intelligence, an ad measurement and verification vendor, said that $7 million is a drop in a big bucket compared to the overall invalid traffic that gets monetized.

“There're a hundred other traffic networks that will come take the place of the traffic that these people were selling,” Dhar said. “Shutting down one operation does not reduce the amount of ad fraud that's occurring, because the supply is unlimited.”

Why ad fraud entered the courtroom

Zhukov’s conviction sets a precedent, Lowden said, as the first ad fraud case to make it to the federal criminal prosecution stage. The threat of prosecution will make fraudsters think twice.

“Only a cybersecurity approach through collective protection with real consequences will stop them,” he said.

The case may also have caught the eye of prosecutors who are worried about global cybersecurity, and especially malicious activity from countries that are geopolitical rivals.

Dhar noted that there are larger networks based in the United States transacting fake traffic, but that law enforcement agencies have focused on “Eastern European” adversaries, treating fraud as a cybersecurity issue rather than a transaction compliance issue.

“What I’m hoping is the attention focuses on those companies [in the US] rather than just extraditing people from other countries that are doing these small operations, and focus on the big ones that are right here at home,” he said.

Civil litigation, rather than criminal prosecution, would also help recover funds lost to ad fraud. “Because that's how you assess these damages and actually shut them down – recovering the funds is the goal,” Dhar said.

The ad fraud in Methbot didn’t use malware, so seeing it prosecuted encouraged Dhar.

“It was good to see [prosecutors] acknowledge that this is done without any malware,” he said, because it is far easier to generate robotic activity with developer tools such as headless Chrome and Amazon Web Services.

Fraud has been growing in CTV as more ad dollars flow into streaming, with companies such as Human and DoubleVerify shutting down multimillion-dollar schemes.

Rob Aksman, president and co-founder of Brightline, said that there’s a larger issue not being discussed – negligence.

“We need more convictions, but we also need people to pay closer attention to what and how they’re buying programmatically in CTV,” he said. “The more we see convictions like this, and the more keen-eyed the folks in our ecosystem get at spotting [fraud] earlier on, I think that’s all very positive.”