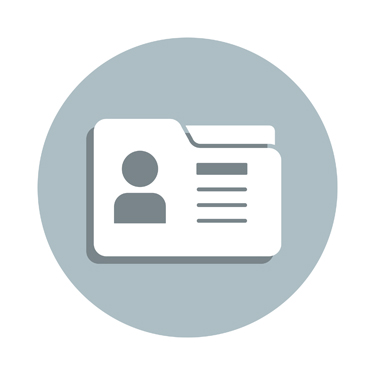 Imagine two deserted islands. They’re trying to build a bridge together but can only communicate by sending bottles with maps and plans back and forth.

This is the historical problem faced by the buy and sell sides of TV advertising, according to FreeWheel Chief Product Officer Jon Whitticom.

On Wednesday, the ad tech and product arm of Comcast announced new identity integrations to bring the buy and sell sides of the TV ecosystem together and, hopefully, learn to play nice. FreeWheel’s platform now supports ID solutions from Blockgraph, LiveRamp, TransUnion, Experian, Merkle and OpenAP, which can be overlaid with publishers’ and advertisers’ first- and third-party data sets for more accurate cross-screen targeting and measurement.

Whether it’s a distributor, an MVPD, a content rights owner, what have you, every piece of the TV industry has “different visibility into identity signals, and different [ways] to triangulate back to who those people are and what those households represent,” Whitticom said. And FreeWheel, which describes itself as a cross-industry TV connectivity platform, saw a chance to “bring identity to transaction.”

According to Whitticom, the new capability is the next logical step on the programmatic road map, which drives toward one-to-one targeting for television content. Programmers are still braving the transition from audience demos to identifiers based on first-party data. As an industry, we couldn’t “translate across those different identifiers,” he said, but turning identity initiatives into integrations allows FreeWheel to deliver one-to-one reach at scale across channels.

The scarcity of TV inventory compared to digital channels makes identity a particularly critical bridge between buyers and sellers, because it answers important questions from both sides.

“The sell side wants to efficiently monetize its supply,” Whitticom said.

For instance, broadcasters often sell campaigns based on reaching a percent of a demographic in certain markets a certain number of times. (Half of men aged 25-40 in Nashville, say.) If stronger identity for the SSP and supply-side ad server means the programmer can reach that goal using two-thirds the number of overall ads, then it opens a huge pool of inventory.

Advertisers are trying to frequency cap and attribute campaigns across an impossibly fragmented world of linear, CTV and video simultaneously, Whitticom said. “Identity – having different levels of identity – became essential to making the TV environment more effective in terms of planning, allocating and targeting.”

There are many identity resolution solutions on the market. (Did anybody say clean room?) And many of those can be a viable force for improvement and standardization.

FreeWheel isn’t creating data assets – “We don’t want to be another first-party data onboarding partner; we’re letting companies bring their data sets in,” Whitticom said. But clean rooms do have a place in the industry, he said, because they help companies understand new intersections of data signals – including measurement, attribution and ROAS – by working with partners.

Reconciling data assets and endpoints between advertisers and publishers, such as translating email addresses into household IDs, can also help marketers achieve incremental reach into CTV and solve for frequency capping, he added.

Bringing together LiveRamp’s proprietary IDs, Blockgraph’s SaaS solutions for TV distributors and the “massive data businesses” of TransUnion and Experian is how FreeWheel hopes to “develop the central, core brain of connecting identity layers and resolve across them,” Whitticom said.

Blockgraph was an especially important piece of FreeWheel’s identity puzzle because the company’s software solutions were built for TV distributors (and a half-sister company, since it’s part-owned by Comcast). “Partnering with Blockgraph was really about bringing in distributed data assets and ensuring the ability to resolve those household IDs back to something buy-side actors want to use,” he said.

FreeWheel has done “bespoke integrations” with partners to ensure their data assets meet requirements for identity resolution and speed, Whitticom said. The idea of the offering is “taking all the different identity assets our partners have built over the years and bringing them directly into a ‘television power epicenter.’”