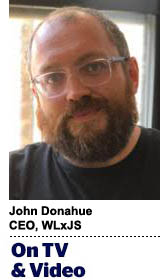 “Data-Driven Thinking” is written by members of the media community and contains fresh ideas on the digital revolution in media. Today’s column is written by John Donahue, CEO and co-founder of WLxJS.

The Justice Department’s antitrust suit against Google alleges that the search giant created and subsequently abused a monopolistic position in, well, search.

And now begins what is likely to be multiple years’ worth of litigation culminating in either a trial and a verdict, a pretrial settlement or, perhaps, even a dismissal of the suit. It’s hard to say how this will play out.

But for advertisers, the drama centers less on the litigation itself and more on the possible impact on other areas of Google’s business that could be viewed as inhibiting competition.

Although any loss of search term data would negatively impact Google’s ad business, the narrow framing of the DOJ’s suit could actually bolster Google’s near monopoly of the advertising space.

It’s worth reflecting on Google’s eye-popping collection of assets. It’s got the most used search engine in the world, YouTube, Maps, Gmail, Waze, Android, Chrome, Google Marketing Platform (buy side), Google Ad Manager (sell side), Google Cloud, the Pixel phone and Chromebook, and those are just the biggies.

This non-exhaustive list represents what may be the single greatest collection of user behavior data ever amassed, and it’s the application of this data that drives Google’s dominant position in the market.

Put simply, while Google’s wild success has been funded by the rich spoils of search, access to data is what gives Google the power it wields in most arenas, including ad tech.

In other words, Google knows more about consumers than anyone else – I’d wager ever – and it’s able to put that data to work to maximize yield for publishers, drive efficient outcomes for advertisers and, ultimately, generate profits for itself.

Of course, Google is not alone in its ability to capture and monetize data. Facebook and Amazon are taking their slices of the advertising pie. As a result, Google’s share of the digital ad market has shrunk somewhat over the last decade.

But this fact is far less relevant than Google’s absolute growth and its unique position on both the buy and sell sides of the advertising marketplace.

Google’s power is easily illustrated by the shock to the system caused by its unilateral decision to deprecate third-party cookies in Chrome.

Google’s move to kill third-party cookies in its browser was done under the guise of privacy. But it’s arguably one of the most defensive actions it can take to protect its core position in the ad marketplace – a position Google enjoys due to its treasure troves of data.

The question is what the damage might be to Google if the signals it receives from search cannot be applied across both sides of the advertising marketplace. That could result in a direct depreciation of product search revenue, which is already leaking to ecommerce and vertical platforms.

But Google actually derives most of its power, in advertising, at least, outside of search. See: Android, Chrome, DoubleClick, DV360, YouTube and even Gmail – all of which supply high-fidelity signals.

So, what’s an advertiser to do?

As ever, advertisers need to focus on being efficient, effective and building relationships with customers.

And this requires them to continue investing in what works: Google.

At the same time, though, advertisers need to respect users and not violate their trust. Doing otherwise is not worth incremental digital performance.

Oh, and strap in for a good show. The antitrust case against Google will likely be a highly politicized and sensationalized chapter within the growth of the digital advertising ecosystem.