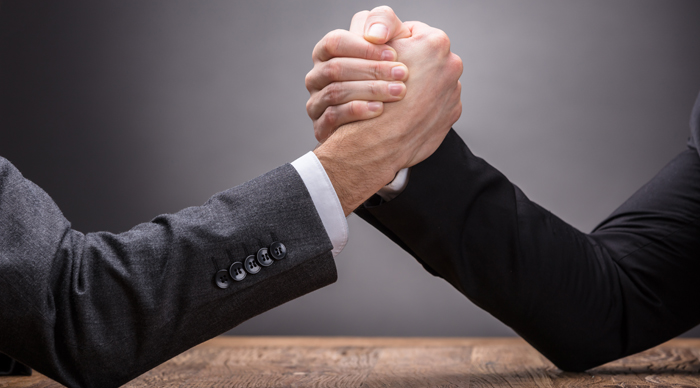 Do a word search of the Justice Department’s antitrust lawsuit against Google, filed on Tuesday, and you won’t find … a single reference to DoubleClick, YouTube or DV360.

As expected, the focus of the DOJ’s long-awaited filing, the result of an investigation that began well over a year ago, is squarely on Google’s alleged (gotta say that) dominance in the search market. (Read the full suit here.)

Although DOJ investigators had been asking potential witnesses detailed questions about Google’s ad tech operations as part of the probe, it was previously reported that the search part of the DOJ’s case was far more developed than evidence gathered on the ad tech side.

And, the fact is, a search-centered case is a far easier bite, said Ari Paparo, CEO and co-founder of Beeswax.

“It’s a lot less difficult to explain to a jury than the ad tech stuff, which isn’t only more complicated, but doesn’t have a direct or obvious consumer effect,” Paparo said.

“The DOJ has a tremendous track record of solving last century’s problem – this action is no exception,” Woosley said. “In the digital media industry, Google has set itself up superbly to dominate not only the vertical ad tech chain, but also to dominate ownership of consumer identity.”


The suit zeroes in on three main areas, what the DOJ calls “the cornerstones” of Google’s empire: general search services, search advertising and search text advertising.

Google, the suit says, has maintained unlawful monopolies across its search offerings through exclusionary agreements and other conduct that has separately and collectively harmed competition.

As the pre-installed general search engine on the preponderance of devices in the United States, Google has “de facto exclusivity” on distribution because, as the DOJ notes, consumers are generally unlikely to make the effort to switch away from a default.

Google is the default search provider for Apple Safari on mobile, which together with Chrome on Android account for more than 90% of mobile browser use in the United States and roughly 80% of all search queries.

Google’s grip over distribution thwarts potential innovation which, ironically, is the same argument Google made against Microsoft back in the 1990s when Microsoft was in the antitrust hot seat.

“Google deploys the same playbook to sustain its own monopolies,” the DOJ wrote in its filing.

The DOJ believes Google uses its position as the “unchallenged gateway to the internet for billions of users worldwide” to systematically push organic results further down the results page in favor of more search advertising results and Google’s own vertical or specialized search offerings.

General search engines don’t charge users for access, but that doesn’t mean the service they provide is free. In exchange for searches, users share personal information about themselves that Google monetizes through search advertising.

Historically, general search engines only sold text ads, what Google calls its “10 blue links.” Over time, text ads evolved into specialized search ads that could be used to promote specific categories of goods and services, such as retail products, hotel rooms or local plumbers. And behold, Google has roared into the vertical search market with a vengeance.

“Google was against vertical search in the past, they were all about one search bar for everything,” Paparo said. “But when they started getting beaten in certain verticals, they quickly found religion around vertical search, and now it’s taken on a life of its own, where most Google search results are prepackaged in some form or another and create paid opportunities.”

This dynamic has helped catapult search ads into a nearly $50 billion business largely dominated by Google, which can use its scale to box out other competitors, according to the suit.

Without adequate scale in search, there’s no ability to compete or to improve one’s algorithms with the necessary volume of data. But with enough scale, a flywheel is born: Scale improves search quality, which attracts users, which attracts advertisers, which generates revenue (lather, rinse, repeat).

The result, the DOJ argues, is a classic monopoly.

The federal suit, which follows on the heels of the House’s voluminous report on the anticompetitive behavior of Google, Amazon, Facebook and Apple, is being joined by 11 states, all of which have Republican attorneys general: Arkansas, Florida, Georgia, Indiana, Kentucky, Louisiana, Mississippi, Missouri, Montana, South Carolina and Texas.

Other states, including Iowa, Nebraska, Colorado, Tennessee, New York, North Carolina and Utah, will continue their ongoing parallel probes into Google over the coming weeks.

In a joint statement, the state AGs that didn’t throw in with the DOJ said that if they do end up moving ahead with a complaint, that they will file a motion to consolidate their case with the DOJ’s and litigate cooperatively.

In terms of next steps, there are no specific remedies laid out in the DOJ’s suit – that will be for the court to decide, and a court case could take years to resolve. But nothing is off the table, including, according to the suit, “structural relief as needed to cure any anticompetitive harm.”

Google’s first response to the DOJ’s law suit came via tweet shortly after it was filed on Tuesday morning:

Today’s lawsuit by the Department of Justice is deeply flawed. People use Google because they choose to – not because they're forced to or because they can't find alternatives. We will have a full statement this morning.