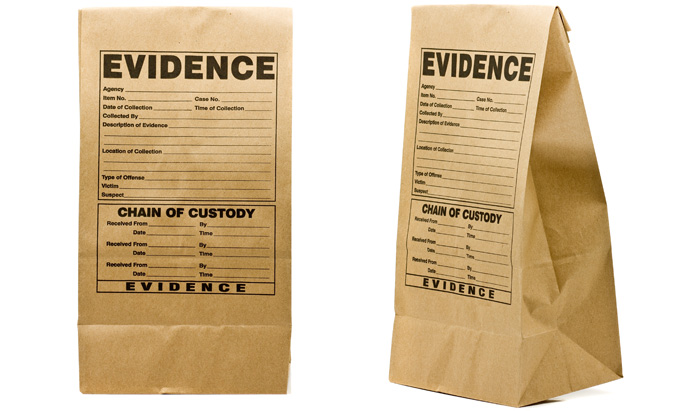 Department of Justice lawyers have interviewed numerous buy- and sell-side companies since kicking off an antitrust probe of Google’s business practices roughly a year ago.

“They know their shit now,” said one ad tech executive who’s had multiple calls and exchanged a flurry of emails with DOJ attorneys since October.

And the case is picking up momentum. Fox Business reported in late May that the DOJ has hired unnamed outside counsel, evidence that it’s close to filing its suit. And sources tell The New York Times that the Justice Department has plans to bring antitrust charges against Google as early as this summer.

A bipartisan coalition of states led by Texas Attorney General Ken Paxton is also probing Google on anticompetitive grounds, an effort that could eventually be merged into the DOJ’s investigation.

As DOJ enforcers probe both Google’s search business and its ad practices and prepare their case, here is what they’ve asked.

AdExchanger spoke with multiple people on condition of anonymity who have been questioned in recent months by the Justice Department.

Do you have examples of anticompetitive behavior on the part of Google?

Over the past eight months or so, the DOJ’s line of questioning has zeroed in on uncovering specific incidents of Google engaging in monopolistic practices.

“They’re looking for the smoking guns,” said the CEO of an ad tech company on the buy side.

The fallout for third-party ad tech was immediate. “What was the impact on our company? Well, we lost millions of dollars in revenue,” said one ad tech executive.

Former AppNexus CEO Brian O’Kelley testified during a Senate Judiciary Committee hearing last year that Google’s announcement was a “devastating move” for his and other ad tech companies.

Pulling YouTube inventory out of AdX is “a textbook example of monopolistic behavior,” said another buy-side ad tech CEO. “Basically, you’re creating a second monopoly in the DSP market.”

Were you harmed by dynamic allocation?

For years, DoubleClick for Publishers (now Google Ad Manager or GAM) gave preferential treatment to AdX through dynamic allocation, AKA “last look.” The rise of header bidding was in reaction to this advantage.

Google opened dynamic allocation to outside demand in 2016, creating a more unified auction, but the damage had already been done, said an ad ops executive at a large publisher. And by law US antitrust authorities are empowered to go after historical actions.

“When you talk to regulators about dynamic allocation, their faces light up,” the exec said. “And that’s because the tactics Google used over time impeded the growth of competitors. If Google didn’t do dynamic allocation, for example, who knows, maybe a company like Rubicon could have been a competing ad server.”

Do you know Google’s margins?

Google has shared publicly that publishers receive 68% of revenue for displaying ads with AdSense. But the true margins remain opaque, and Google does not disclose the rev share for other AdSense products.

“They have market share from a search perspective and a data perspective,” a publishing exec said. “You can use things like unified pricing and other methods to convince yourself that you’ve created a fair marketplace, but really it’s designed around extracting monopoly margins from a giant pool of demand in Google Ads.”

What do you think Google’s market share is across the ad server space, the DSP space and the exchange space?

The DOJ was particularly interested in what ad tech folks perceived as Google’s market share across its ad products. For what it’s worth, the United Kingdom’s Competition and Markets Authority estimates that Google has more than 90% of the ad server market, between 40% and 60% of the SSP market and between 50% and 70% of the DSP market.

“Google doesn’t maintain the same dominance across every piece, but, taken together – plus their share of the browser market – it’s a different story,” said a buy-side ad tech executive. “It’s about the totality, which is why you can’t look at the pieces in isolation.”

Does Google have a data advantage?

Google has first-party relationships with consumers through its consumer-facing services, including Google Play, search, Gmail and Chrome (for those who choose to log in). This data doesn’t leave the Google universe, but does flow into the Google ad tech stack.

“The use of that data in a product like DV360 raises questions – and eyebrows,” said an executive at a DSP. “And that’s because I’d argue many of those products have their own monopolies as well.”

Some of Google’s rivals are convinced that many of the privacy-related changes Google has made to its policies over the years have more to do with preserving market share than preserving privacy.

One ad tech CEO brought up Google’s behavior in the lead up to GDPR as evidence of anticompetitive behavior. In 2018, for example, Google stopped allowing buyers to use the DoubleClick ID for data transfer from its ad server and yanked the DoubleClick ID from its DSP in Europe.

At first, the DOJ lawyers weren’t inclined to pursue the topic, because anything outside the United States is beyond its scope.

“But I talked about how destructive some of these moves were to everyone else other than Google – and the fact that the companies affected are US companies and Google, of course, is a US company,” the executive said. “And then they really wanted to understand how these restrictions impacted our business.”

How do you think this situation should be remedied, and if the remedy is a breakup of Google, where would you make the break?

“They asked me this very specifically, and it’s a very tough one to answer, because the answer depends on where you sit,” the CEO said. “Owning access to the supply, then controlling the connection of supply and demand in the exchange is problematic, because it’s an opportunity for abuse … but so is owning the browser.”

An ad ops publishing executive summed it up like this: “This isn’t one thing, it’s a million little things: DoubleClick, YouTube, search. I think the DOJ understands that just untying DFP from AdX for example, doesn’t fix things.”