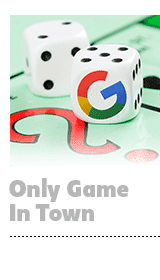 The US Department of Justice is reportedly preparing an antitrust investigation into Google. But that doesn’t mean Google is headed for a breakup and, at least for now, there are way more questions than answers.

Which parts of Google’s sprawling business will the DOJ look into? Will it delve beyond Google’s search practices, which have been a major sticking point for regulators in Europe? How deep will the DOJ poke into the twisted innards of Google’s ad tech stack? Where does YouTube come into it? Can and will Google make its own proactive moves to try and stave off potential regulatory action?

If it comes to it, is a breakup of Google even the right remedy?

“So much is speculative right now,” said Brian Wieser, global president of business intelligence at GroupM. “It all depends on what issues they decide to focus on – and if they even get to the point where they decide it is an issue.”

But the breakup movement is energized in a way we haven’t seen before, said Fatemeh Khatibloo, a VP and principal analyst at Forrester.

Whether that enthusiasm leads to action depends on how much noise constituents make and to what extent the investigation reveals anticompetitive business practices, she said.

It’s the DOJ’s policy to be very secretive about its work – a spokesperson told AdExchanger that “as a matter of policy, the Department of Justice does not confirm, deny or otherwise comment on the existence or nonexistence of investigations.” So, it’s noteworthy that there was a leak at all. The Wall Street Journal first reported news of the probe late last Friday.

This isn’t the first time that Google is in the antitrust crosshairs, but considering all the saber rattling in Washington, DC right now, and the fact that multiple presidential candidates are calling out Big Tech, it’s not surprising that government agencies like the DOJ and the Federal Trade Commission, which is taking responsibility for potential antitrust probes of Facebook and Amazon, are digging in.

“There has been enough public attention on these entities that the DOJ and FTC decided they better get on top of this,” said George Hay, a Cornell law professor and expert on antitrust. “It’s prudent, even if it’s just smoke and no fire right now, because they need to understand the objections to Google’s behavior to see if there’s even a there there.”

Is there a there there?

Being big isn’t a crime. But it’s illegal to monopolize.

“And the test for monopolization is pretty stringent,” Hay said.

Breaking up a company is rare. The normal remedy, said Hay, is for a company to just stop doing whatever problematic thing it’s doing.

Even Margrethe Vestager, the European Union’s competition commissioner – and the driving force behind multiple multibillion-dollar fines against Google – isn’t a cheerleader for the breakup of Big Tech. Splitting up companies is “a measure of last resort,” Vestager said at SXSW in March.

But fast forward through the multiple years it’ll take for the DOJ to complete its investigation. If a Google breakup does happen, what would it look like?

Google has spent the better part of a decade integrating all of its buy-side services, which would make that part of the business quite difficult to break up, said Justin Scarborough, programmatic media director at PMG.

But it could be feasible to separate Google’s buy-side and sell-side products “to create true separation between both parties of the transaction,” he said.

Another, perhaps more impactful option, could split Google Ads from Google’s consumer-facing products, such as Chrome and Android. “Google maintains a big advantage on the advertising front given their ability to control user identity and device information,” Scarborough said. “Seamless integrations with these products are a huge selling point for their ad services over independent players.”

Walled gardens get much of their power from the vast amounts of user data they control, and from their ability to leverage it with abandon, noted Forrester’s Khatibloo.

Carving off YouTube into a separate entity could also be enough by dint of giving buyers more than a single entry point into YouTube inventory.

But how would a breakup of Google affect media buyers who daily toil in its myriad ad systems?

If it’s Google’s ad stack on the chopping block, that would be disruptive at first, said Varick CEO Paul Dolan, but ultimately not that big a deal. The stack isn’t as integrated, at least from a UI perspective, as you might think, and most media buyers are already used to logging in to multiple systems to manage search, display campaigns, YouTube through DV 360 and various open exchange partners on top of that.

After the dust settled, media buyers would simply adjust their day-to-day doings and get on with the business of buying media.

But media buyers would also lose something in the event of a breakup.

Because, unpopular opinion, there are actually a lot of good things (with a lot of catches) about the Google ad stack and its hooks into the rest of the Google machine: the ability to tie audience data with consented Google user data, to easily action it using Google’s demand-side platform and to have access to it all in an ad server for reporting.

Despite the whiff of monopoly, the loss of transparency in that process is part of a tradeoff that many buyers willingly make when they use Google products or run on Google-owned properties, Dolan said. They go in with their eyes open.

So rather than going on about hypothetical breakups, regulators should focus on enacting strong consumer data rights and usage protections, Sparrow’s Milicevic said.

“Then,” she said, “consumers can be the ones with a say in how the data they generate is actually used.”