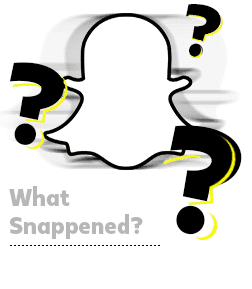 When Snap first acquired Placed in 2017, it teased the prospect of proving to buyers how Snap Ads translate into store visits and real-world results.

Yet over the next two years, before Snap sold Placed to Foursquare last week, Snap never highlighted the Placed technology in its pitch to media buyers; Placed was never integrated into the Snap family; and their respective data was kept conspicuously separate.

James Douglas, SVP and head of media at performance agency Reprise Digital, is a longtime user of Placed technology to measure foot traffic for clients, and he saw a lot of opportunity in Placed being integrated into Snap from an AR and advertising perspective.

“Snap has been very innovative with their mapping and their Bitmoji capabilities,” he said.

After Placed was acquired by Snap, Douglas would often ask both Placed and Snap leadership how the acquisition would be implemented. The usual answer? They’d point to the access/enablement of Snap users for location-based tracking as an item on the Placed product road map, and that was that.

That’s not to say there weren’t synergies.

Advertisers could use Placed to run visitation lift studies to measure the impact of their Snap buys on in-store traffic. But they’ll still be able to do so now that Placed is under the Foursquare umbrella. Placed will continue to be one of Snap’s preferred attribution partners.

Snap has struggled to prove the real-world effect of its advertising, particularly because the average view time for a Snap ad is only one or two seconds, said Carly Carson, director of social media at PMG.

And every conversation about measurement with Snap was also a conversation about privacy. Snap was always very careful to note that it would only track a user’s visit when a person would open the Snap app at a particular location, Carson said, which is different from apps that track location in the background.

It’s possible that Snap’s focus on user privacy “may have limited some of the potential capabilities in growing the Placed product offering,” she said.

Or maybe Snap didn’t take advantage because it was an acquisition “that just slipped through the cracks,” as can happen in startup-type environments, said a media executive at a large agency, who wished to remain anonymous. “Snap probably had plenty of other things to focus on the last few years, and Placed was always placed on the back burner.”

Not to mention that Imran Khan, Snap’s ad chief, left the company just a few months after the Placed acquisition. Placed CEO David Shim (now the president of Foursquare) was supposed to report to Khan.

The end result is that Snap is streamlining its core business and raising money, said Noah Mallin, head of experience, content and sponsorships at WPP agency Wavemaker.

Mallin and his team never explicitly used Placed data other than for geofencing and the like, he said, but then again “it was never emphasized as a benefit.”

It’s also striking that there was a distinct and separate unit for Snap to sell. “If location was going to be core, I think we would have seen Placed become more integrated into operations and essentially dissolve after purchase,” Mallin said.

According to Snap, selling Placed was strategic. Placed is more valuable as a third-party, scaled measurement provider, and Snap is doubling down on its self-serve ad platform and technology to enhance its consumer-facing app features, like Maps, a product based on Zenly, the social mapping startup Snap acquired around the time it acquired Placed.

The intention was never to integrate Placed, but rather for Snap to have an opportunity to build its location-related knowledge base and act as an incubator for Placed. When Foursquare came knocking – Foursquare approached Snap in January with the idea of acquiring Placed – the timing felt right.

The relationship with Placed will continue as a preferred partnership, and Snap will also keep working with Foursquare, which Snap has long used to help power its Geofilters.

“We look forward to continuing to work with them in many capacities, including measurement and location data, as we focus on building on the growing momentum in our advertising business,” Snap chief business officer, Jeremi Gorman, noted in a statement.