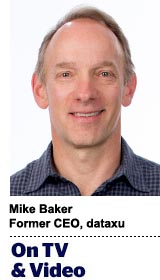 It would be an understatement to say that the past nine months have had a monumental impact on the way we consume entertainment. One need only point towards statistics measuring Connected TV viewership to get a sense of the tectonic shifts underway: NBCUniversal’s recently-published trend report saw a 95% growth year-over-year in CTV viewership; 80% of U.S. households have at least one CTV device, according to Leichtman Research Group; a Nielsen report cited by Brad Adgate in Forbes shows an 81% increase year-over-year in CTV viewership.

We’ve reached a tipping point at which video viewership has become a 24/7 aspect of our lives. Our work is conducted using videoconferences, and our children are going to school over Zoom. When we need a break from these apps, we turn to smaller pieces of content from Instagram, TikTok and YouTube. At the end of the day, we decompress by streaming premium TV. Though we won’t be “house hostages” forever, it’s obvious that our relationship to video has fundamentally changed since the start of 2020.

But despite these monumental shifts in viewership, the ad spending hasn’t followed consumer behavior. Roku recently reported that more than half of TV viewing time among adults aged 18 to 34 is now devoted to streaming, and yet CTV ad spend is only about 10% the size of linear TV ad spend.  So why is there still such a gap between eyeballs and money?

Advertisers must figure out how to use these new channels to reach their target or they risk losing that audience forever.

It should be simple: more people are watching CTV, so advertisers should reallocate budget away from linear TV if they want to reach them. Where there are viewers, ad dollars should follow right?  Yes, CTV measurement is an issue (the Nielsen TV measurement “currency” is ill-suited to CTV, though the company is working to change that).  And no, you can’t easily one-to-one target CTV viewers like you do online, since there are no cookies and it’s a shared device.  But something even more fundamental is missing: the ability of an advertiser to understand what content their ad is running in.

Because measurement and targeting are impaired in CTV, matching the ad content with the program is an emerging key to effectiveness.  In fact, what’s old is new again. Isn’t that what we’ve always done in TV? And yet most advertisers get little to no reporting on where specifically their CTV ads are running.  Though many desire show-level targeting and reporting, most get only app-level reporting, which tells them little to nothing about the content they are underwriting.

This situation reminds me of online ad networks circa 2010: at first, agencies were happy to have a simple way to buy scale but over time realized they had no clue what sites and pages their clients’ ads were appearing on or whether the traffic was even real.

Now that it’s possible to buy CTV audiences at scale, marketers are increasingly sensitive to where and how their advertisements are featured – and that ads run only with appropriate content. In our hyper-partisan media environment, advertisers are constantly being challenged to divest spending from politically and socially charged topics. Yet it’s particularly challenging to meet this advertiser requirement given the lack of video-level data to evaluate the content’s specific nature (rather than just the nature of the page it is found on).

Beyond the very real risk of an ad appearing next to content that is not brand suitable, the current environment can also lead to some serious cognitive dissonance for the viewer. I was watching my favorite survival drama, “Alone,” and as the show detailed the despair of a starving woman struggling to find food, the first spot in the commercial break featured a bunch of partying dudes eating nacho chips!

It’s time to shift our mindset back to context.

The industry focus on mining consumer data at all costs has been myopic and it’s off point for a shared device like TV that is not “personal” in the same way our mobile phones are. Of course, the highly fragmented streaming environment is complex, with the multitude of streaming platforms and systems making it nearly impossible to monitor and ensure brand suitability. Going forward, however, all parties in the transaction (advertisers, viewers, and content creators), must have a coordinated and vested interest in putting context first to ensure that the ad-supported CTV experience works better for everyone involved.

With so much money at stake, I expect the development of new tools capable of delivering much-needed transparency to publishers and advertisers. If the industry is not ready for show-level targeting and reporting, then we should at least move to video content category level targeting and reporting and do so in a uniform way that supports scale for the benefit of all. Billions of dollars are waiting to be deployed to new CTV channels and platforms. The next generation of ad tech solutions will need to prioritize context and transparency, in addition to measurement, trust, and safety. So while content is still king, its power going forward will come from the data needed to ensure a thriving future for CTV.