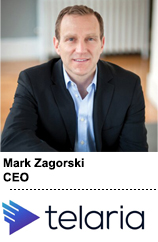 Mark Zagorski is leaving Rubicon Project at the end of June, the company announced on Thursday. It’s hardly surprising. Zagorski was CEO of Telaria before its absorption by Rubicon, and he has been COO and president since then. “Thanks to Mark’s leadership, we have a superb CTV operational team that will ensure we continue our leading position in the CTV market,” said Rubicon CEO Michael Barrett in the release. Barrett will re-assume the president’s role in the operation. The company also noted its deep bench of industry leaders on its board of directors, including Doug Knopper (co-founder and former co-CEO of FreeWheel), Paul Caine (former CRO of both Time Inc. and Bloomberg Media) and Sarah Harden (who held leadership roles at News Corp, the Chernin Group and Otter Media).

Invasion Of The Pod People

Spotify inked a deal with WarnerMedia’s DC Comics to exclusively produce scripted podcasts featuring the hero franchise’s star characters, including Superman, Wonder Woman, Batman and the Joker. There is no release date for any podcast show yet, and terms of the deal were not disclosed, CNBC reports. Spotify started dynamically inserting ads into podcasts in January, increasing the value of that supply because ads could be targeted to individuals instead of stitched into the podcast track ahead of time. Since then, Spotify has announced a string of high-profile podcast deals. Spotify acquired The Ringer, with more than 30 sports and entertainment podcasts. Kim Kardashian signed an exclusive podcast partnership earlier this week, and in May Spotify became the sole distributor of the Joe Rogan Experience, the most popular podcast in America.

Apple denied the Facebook Gaming app’s submission to the App Store. It was the fifth time Apple has rejected Facebook’s new gaming app, The New York Times reports. “Each time, the people said, Apple cited its rules that prohibit apps with the ‘main purpose’ of distributing casual games.” Many apps do nothing but distribute casual games. But Apple sees a platform app like Facebook as an issue because it could house other games and apps within its own service, and make money or earn valuable data from users in those games. Snapchat seems to be testing the App Store limits with its new developer features announced this week, which integrates other apps into its interface to take advantage of Snap’s augmented reality tech.