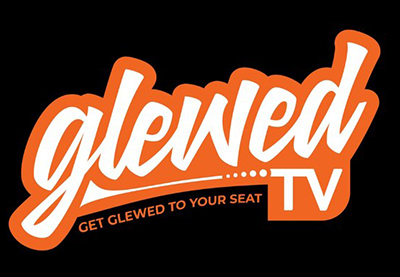 CTV programmers and distributors often work with multiple partners to monetize their video ad inventory. By adopting Xandr’s ad server, the ad-supported streaming service can connect to all of its demand sources in one place and have them compete on a level playing field – improving both programmer yield and buyer access to inventory.

“What this helps us do is consolidate all of our demand sources, and have them appropriately bid and compete with each other,” Eric Fizpatrick, Glewed TV’s vice president of strategy, told AdExchanger. “This allows us to really bring all of that demand to a single platform, and ultimately increase competition and the yield for all of our publishing partners.”

Glewed TV said the CTV boom during the COVID-19 pandemic made the past year one of tremendous growth. “We've seen usage of our app, and users who are digesting our content, increase by over 5,000% since about this time last year,” Fizpatrick said.

As a result, 25 million people now watch Glewed TV content on a monthly basis through the app and across OTT platforms and distribution partners such as Roku and Sling, Fizpatrick said.

The user growth, along with buyer demand, prompted Glewed to rethink its tech strategy.

“Now that we have a lot more inventory to sell – and a lot more buyers who are looking to buy it – how do we maximize that yield on all those impressions?” Fitzpatrick said.

Xandr was an existing partner. Glewed TV, launched in 2017, began monetizing in 2019. The company had been working with Xandr for two years using its programmatic Monetize SSP, mainly running deals, which accounts for 60% of Glewed TV’s overall demand. The rest is made of direct deals with brands and agencies.

Through the SSP, Glewed TV has also been able to unlock new demand channels via programmatic direct selling, which isn’t available on the open exchange.

Xandr’s platform has a variety of options that enables different types of PMP transactions – market price, fixed price, or programmatic guarantees – that Glewed TV has used to better package its inventory. It manages over 200 active deals on the platform.

As a result, Glewed TV tripled its CTV deals revenue, which increased by 346% from the first half to the second half of 2020.

The video ad server also centralizes its workflow. Fizpatrick can manage DSP relationships via Xandr’s Monetize SSP, other demand through Prebid, and its forecasted direct sold in one platform.

Glewed TV is now bringing its direct-sold business – which it had been running elsewhere – to Xandr’s Monetize Ad Server.  Buyers will gain more flexibility in the way they execute purchases, either through insertion orders or programmatically.

“That should immediately increase our business with Xandr by about 20% overnight,” Fizpatrick said.

Marketers shifting their TV investments to programmatic auctions are facing a radically new supply landscape that is extremely fragmented, and it’s common to have multiple sellers jointly monetizing a piece of inventory within major apps due to CTV sales rights, which complicate the supply chain process.

“For our content and inventory running on all those additional partners plus our own platform, it gives us one central hub,” he said.

“Seamless access to all of their demand, wherever they need to get it,” is a key goal of Xandr’s platform, said Brad Nelson, Xandr’s vice president of product management.

AT&T, which owns Xandr, dropped a bombshell earlier this month when it announced it would combine the media assets of WarnerMedia with Discovery Inc. to create a new publicly traded company. The deal, however, does not include Xandr (which is reportedly also for sale) – although it has put its future in question.

A spokeswoman for Xandr said that it’s business as usual and Xandr remains focused on its clients.

“Nothing has changed,” she said.