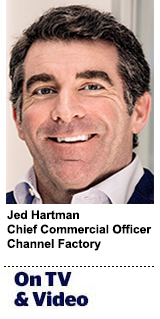 The 30-second spot has been the undisputed ruler of advertising units since the birth of broadcast TV. The storytelling, the emotion, the impact and the ROI have all helped this resilient format retain its position as the lynchpin of commercial messaging in TV in a changing world. Agencies and brands still plan their ad investments around it, while media owners owe their atmospheric stock prices to it.

But with the rise of TikTok (and other mobile video platforms), the acceleration of OTT and the proliferation of skip buttons on digital videos, we’ve entered a new age of ad avoidance. Will the king of ad formats be unseated? Yes and no. The winning creative ad plans of the future will still contain 30-second spots (along with other units), but the creative execution of these longer ads will change dramatically.

Video ads have been changing for a while, even as the 30-second spot has extended its epic run. Many advertisers are already comfortable with six-second bumper ads, which are commonplace in mobile experiences. The key statistic here is that 70% of YouTube traffic is on mobile, where attention spans are shorter and access to the skip button instantaneous.

Shorter ads and ads with uniquely mobile features – such as swipe-up and vertical orientation – perform better on platforms including TikTok and Snapchat that center on transient, bite-sized content. Consumer lifestyles no longer match well to 30-second ads, and this is especially true on mobile.

But this hasn’t stopped brands from trying. Many ad buyers still shoehorn 30-second ads onto YouTube in a bid to extend reach, without editing creative. Consumers predictably drop out before the brand is first mentioned, perhaps seven or 10 seconds in, and the impression is wasted. (A video ‘view’ as defined by MRC is two seconds in view, meaning advertisers can and frequently do pay for a viewable video with no brand recall.)

Smart marketers have begun thinking of 15-second and 30-second ads as a series of short stories. The first six seconds shouldn’t require the next nine to 24 seconds to impact the marketing funnel or the awareness. The first six should be a self-sufficient story with a beginning, middle and end and maybe a leading lady or a leading man! The ad must take on a lot of work in that first six seconds. Awareness, familiarity and even favorability can be built in this time. At least shoot for awareness, and then persuade the audience to watch the next six seconds.

Check out this commercial McDonald’s ran in Brazil showing how its drive-through offering is ideal for time pressed people. Each vignette drives the viewer to keep watching. The viewer doesn’t need to watch more than the beginning to understand the brand and the message, but each new segment that the viewer watches drives additional engagement. Anything beyond six seconds is bonus time that can be used to build awareness and drive actions such as search, save or buy.

The growth of streaming in the past year has altered the thinking around traditional ad formats. In-stream, pre-roll, and mid-roll ad formats are especially popular on CTV and OTT.

There are two creative quandaries here. First, viewers may be watching on-demand content on their TV while also engaging with a second screen simultaneously and therefore not looking at the TV itself or paying as much attention. Secondly, because TV’s aren’t touchscreen or easily “clickable,” an advertiser’s call to action needs to work differently. Advertisers need to think about other options such as call, visit, listen or even voice command.

However, my point around the 30-second ad on streaming remains: advertisers should consider swapping the traditional story arc for a more engaging version in which the brand is brought forth early. According to YouTube’s Guidelines for Great Creative, you should think about frontloading your story line, opening with impact and ensuring your logo and brand are front and center from the beginning.

So what does this mean for the future? While certain ad formats are becoming front-runners, it doesn’t mean the 30-second spot should go away completely. It just needs to be reconfigured and designed for digital life first, rather than broadcast as has been the tradition.

Brands still investing in mass reach with Super Bowl buys, for instance, may double down on the 30-second spot, but their approach will change. They will augment those buys with other units and should consider briefing their creative partner on designing a digital version of the creative that puts the brand message first and early. With a noticeable increase in people watching YouTube on OTT and its “skip” reflex not as strong as it could be on mobile, the platform may be a good place for advertisers to take advantage of the new and updated 30-second spot.

The 30-second ad can only be impactful if it is viewed. In the new world order, it is the first six seconds that will drive this. Even if viewers bail early on, you still have that six seconds of power! This is why the well-directed, produced and created six-second spot is the new and undisputed ruler of media.