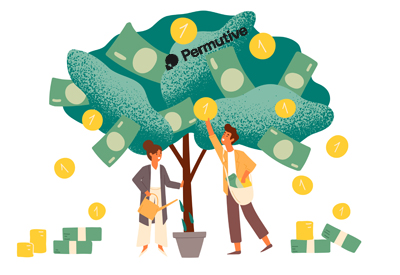 Programmatic and privacy don’t have to be mutually exclusive, even though they’re often treated that way, according to Joe Root, CEO and co-founder of London-based publisher technology startup Permutive.

“A privacy-first web is about removing the data leakage that’s inherent in programmatic,” Root said. Permutive aims to stop that leakage with technology infrastructure to preserve and monetize publisher data.

On Tuesday, Permutive raised a $75 million Series C round from SoftBank’s Vision Fund 2, bringing its total funding to $105 million since the company was founded in 2014.

The company will use the funds to quadruple its headcount over the next two years, which will fuel its investments in product development and sales.

Permutive, whose clients include BuzzFeed, Insider, News Corp, Conde Nast, The Guardian, Hearst and BBC, started out as a publisher-focused data management platform that used a browser’s local storage to uncover behavior patterns that could be turned into cohort-based targeting segments.

More recently, Permutive evolved away from its DMP roots with the launch of an audience platform for media activation across the open web. With cookie deprecation and privacy regulations “hitting a crescendo,” Root said, the buy side needs technology that makes it easier to safely execute against a publisher’s first-party data.

“We’re moving from a world of third parties, which has been at the heart of programmatic, to a world of first-party data – meaning there’s a need to seek consent for data and that whoever is closest to the data holds the power,” Root said.

But just because publishers are in a position to regain control of their data doesn’t mean they can’t be disintermediated again. Fool me once, shame on you; fool me twice, well … you know.

And industry initiatives to replace third-party cookies with alternative identifiers, such as Unified ID 2.0, aren’t necessarily in a publisher’s best interest, Root said.

“Putting identity into the bidstream recreates all of the terrible economics that have existed in open programmatic, and that’s not been a good thing for publishers in general,” he said. “What publishers need to do now is take control of their data, and that means launching their own first-party data platforms, owning their data and getting paid for their data.”

Rather than relying on identifiers, Permutive’s technology runs on-device and allows buyers and sellers to trade on cohorts. But Root isn’t a huge fan of the Federated Learning of Cohorts proposal in the Chrome Privacy Sandbox.

Although FLoCs are less leaky than a straight-up identifier, “I don’t think it really solves the consent problem,” Root said.

“Who owns this data – does Google own it?” he said. “That’s already led to some problems in Europe.”

Permutive is planning to spend the bulk of its new funding on data-focused product development for publishers and on technology to foster buy- and sell-side collaboration. It’s also focused on striking more publisher and advertiser partnerships, including across mobile and connected TV.

In addition to regional expansion into new markets across Europe and Asia, Permutive aims to double its headcount each year over the next two years, going from 150 to 300 people next year to 600 people the year after that.

Root is looking to hire product and engineering people, but sales and customer success folks are also high on the list.

“We need to make sure that every publisher coming onto our platform can achieve the same level of growth as a BuzzFeed or a Vox,” Root said. “We want publishers to be as successful as they can using their own data.”