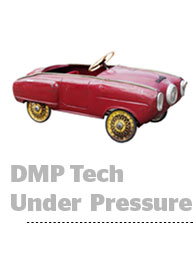 The data-management platform (DMP) was sold as a tool with the power to turn publisher data into dollars. Vendors wooed publishers into signing multiyear contracts to use the technology.

But the expectations didn’t match reality. As those contracts have expired, especially this year, many publishers aren’t renewing them.

Just as marketers are moving from the DMP to the customer data platform, publishers are hitting the reset button, abandoning first-generation DMPs and trying out a new breed of segmenting engines that don’t require cookies.

The reasons are manifold: First-generation DMPs use cookies as their foundation, meaning publishers are seeing huge deteriorations in scale as more cookies are blocked or require consent.

DMPs also failed to deliver on the promise to lure in data-hungry buyers, who weren’t interested or weren’t ready to incorporate publisher data.

And the tech created more work than publishers were prepared for, meaning expensive DMP investments didn’t generate the promised ROI.

Two DMPs that specialize in creating scaled audience segments for publishers – Permutive and 1plusX – are picking up those churning customers.

Sometimes the solution is to avoid using vendors: Live Nation left Krux and built its own DMP.

These publishers aren’t abandoning DMPs altogether because they still believe in the promise of publisher data. First-generation DMPs were used to overlay third-party data on a publisher’s audience. But now they want to bring their own data to the battle against Facebook and Google, which use proprietary data to siphon away media dollars that once went to them.

“Much of DMP 1.0 was about connecting our inventory to other people’s data,” said Insider Inc. publisher and CRO Pete Spande. As the company implements a first-party data strategy focused on contextual and behavior cues, “that will require a very different set of tools as well as a very different method of managing our data.”

AdExchanger looked at the top reasons why publishers are switching their DMPs, and what the flurry of switching means for the future the publisher data platform.

The top reason publishers are frustrated with their first generation DMP is a lack of scale in segments. Size matters to marketers, and current DMPs let too many users slip through the cracks.

Plus, publishers who want to set up a brand new segment in a first-gen DMP must let it “populate” with users for days to weeks. That length of time makes it hard to be nimble and also compromises scale.

You can’t sell without scale

What’s huge to a publisher can be tiny to a marketer.

Even when publishers believe they built a sizable segment in their DMP, they often find it’s still too small to sell to advertisers.

“Marketers don’t want segments unless they have a million devices in them,” a seller at a major publisher said. “If you’re a large beauty brand, 500,000 people isn’t interesting to you. And that’s a paradigm they need to get over.”

With those steep marketer requirements, any loss in scale can sink a deal.

Marketers usually preferred third-party data, which had greater scale and was easier to use. Third-party data also tended to be cheaper, while publishers struggled to price data properly. And overpriced CPMs stuffed with data led to underperformance.

And because publishers were new to selling data, their sales teams struggled to meet with agency buyers who might actually be interested in data. When publishers did manage to incorporate their data into a deal, a lack of scale in the segment often kept them from delivering on the campaign.

Many publishers struggled to create a data strategy that resonated with buyers.

A recipe publisher can segment by ingredient and sell that to a food advertiser. A weather advertiser can package up pollen forecasts to allergy medicine companies. But making interesting segments is far more challenging for a general news publisher, for example.

Adding to that problem, many DMP contracts were sold to publishers who didn’t have the time or resources to develop a viable data strategy.

Some publishers who bought a DMP let the technology go unused because they didn’t have enough people to focus on the DMP, or they didn’t have people with the right skills to use it. Because DMPs straddle advertising, data, tech and analytics, it often was unclear which team should own the tech – so no one took responsibility for nurturing their DMP.

“It’s a lot of work, and people didn’t realize it would be a lot of work,” said one publisher who still uses its DMP – but staffed up accordingly.

Lack of tech innovation in DMPs

After building itself up as the top publisher DMP, Krux started steering its product road map away from publishers to catch the eye of a marketing cloud, and claim its current and former publishers’ clients.

The move made business sense: Salesforce snapped up the company for $700 million and began connecting the DMP to its marketer-focused products.

In the three years since the Krux acquisition, publishers have seen their own priorities cast aside in favor of those that help marketers. The Salesforce DMP now has a single product road map, and the product requires expensive customization in order to make it fit publishers’ needs, said a publisher who evaluated the platform during a recent switch.

Salesforce insisted its product still serves both groups, and that publishers benefit from its marketer-led focus on customers.

“Our focus continues to be evenly split between publishers and marketers. We support those constituencies evenly,” said Chris O’Hara, who leads product marketing for the Salesforce Audience Studio.

At the Salesforce Connections conference this year, publishers were virtually absent from the stage, though some made presentations.

Salesforce said it’s working on solving the scale problem for publishers and adding in a consent framework. It now incorporates multiple IDs to solve for the deteriorating reliability of cookies, and built a device graph to improve match rates.

Though Lotame didn’t make as dramatic a shift as Salesforce DMP to serve the marketer, it’s also moving to serving banks, grocery store chains, telcos and TV programmers. And it said it uses third-party cookies, first-party cookies and local storage to reduce its reliance on cookies.

Lotame also unbundled its product, offering to account for publishers who wanted to use just one piece of its platform – a way of responding to the publishers’ preference of point solutions over a full-service DMP.

Life without a DMP

Publishers at the end of their DMP contracts have found themselves with expensive, under-used technology. What had been promised to them – a valuable way to use first-party data and a complex analytics engine – hadn’t happened. Instead, they had a segment engine.

But it turns out that’s actually what many publishers want.

“We don’t need a car, we need a bike that gets us from A to B,” said one publisher that let its DMP contract lapse.

Today, cheaper alternatives can do about 80% of what their DMP did to build segments: Google Ad Manager and Google Analytics allow publishers to do simple segmenting to sell media.

Others are finding LiveRamp works like an on-demand DMP. Its adaptable tech has Swiss Army knife-like properties that help publishers respond to unusual data requirements in RFPs.

“I can say yes to every crazy marketer request if you can involve LiveRamp,” said one publisher.

Under the hood of the new tech

Permutive and 1plusX have emerged as the shiny new toys publishers are trying out.

Permutive is picking up customers because it promises to restore scale to their segments. Instead of cookies, it uses a browser’s local storage to reduce the loss in tracking publishers experience, assuring publishers of its GDPR compliance.

“They have done a great job at slick marketing and creating a gimmick around GDPR and CCPA, and dictating the testing protocol. That is the core difference,” said Lotame CEO Andy Monfried. “God bless them.”

European tech company 1plusX, founded by two ex-Google employees, also focuses on improving scale for publishers. In addition to tagging user XYZ, it tags article ABC, using predictive analytics to figure out that article ABC is 80% likely to be read by a man. The approach allows publishers to offer demo targeting to a marketer and also do contextual targeting – a must in the era of GDPR.

1plusX also uses a publisher’s small pool of registered users as a truth set to enable look-alike modeling across a broader base, again solving for the issue of scaled segments. The approach has enabled precise targeting – like connecting with people who cared deeply about the VW diesel scandal, for example, said Carolin Bink, the former head of data products at Axel Springer. She recently joined 1plusx.

As the glow of first-generation DMPs wears off, benefits are accruing for the new entrants – but one publisher wasn’t counting out the old guard, instead challenging them to show their mettle.

“Everyone’s been a darling at some point. When they fall out of favor, what they do to get back in the good graces of the industry is the test.”