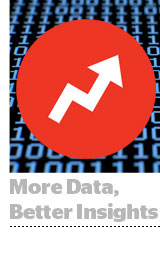 But its cookie-dependent data-management platform (DMP) had too many holes in how it collected data. So the publisher switched to Permutive, a next-gen DMP that uses a browser’s local storage to find patterns in how its users engage with content and ads.

With its former DMP, BuzzFeed saw fewer users and tracked their behavior over a shorter range of time. Data degraded quickly, making it difficult to compare against historical data or analyze content consumption patterns over time.

“We were having a hard time getting deep insights to fully reanalyze tentpole events, for example,” said Josh Peters, who became director of data partnerships in early 2018 when BuzzFeed decided to overhaul its DMP approach.

Plus, BuzzFeed had little insight into what happened in hard-to-track environments, such as BuzzFeed’s own quiz results, Google AMP pages, Facebook Instant Articles and Safari traffic. The setup also limited BuzzFeed’s ability to analyze and compare audiences, like finding out which stories resonate most with readers of food content.

Permutive solves those problems for BuzzFeed because it doesn’t store that data in cookies. When readers visit a URL, the owner of that domain can drop information in local storage, which allows publishers that use Permutive to collect information, explained co-founder Joe Root. The UK-based startup hatched in Y Combinator and raised a 7.5 million pound Series A in January 2018 to serve the publisher market.

BuzzFeed picked Permutive after sending a request for information from 15 DMPs early last year. Permutive passed a 30-day proof of concept before BuzzFeed signed a contract. “We wanted to make sure every department signed off – that it was useful for everyone from data science to post-sale campaign wrap-ups,” Peters said.

BuzzFeed implemented the DMP in the US market at the beginning of 2019, and it’s been up and running the past month and a half. The new data is already transforming what BuzzFeed can offer advertisers, Peters said.

For example, a number of advertisers import their audiences into the DMP, where they can be matched against BuzzFeed’s data. BuzzFeed can then share insights about what content their customers like, which can lead to more tailored private marketplaces or better sponsored content idea creation.

“We did that before when we imported the audience directly into [Google’s ad server] DFP, but what we were missing were the insights, the ability to take those audiences and paint a human picture for them about the daily life of your audience on BuzzFeed,” Peters said.

BuzzFeed can marry content and advertising insights using Permutive. During a campaign, it can look at how advertisers are bidding and the segments they’re bidding on, but also find out where those segments of users are spending their time.

And because BuzzFeed can now see these users over a greater period of time, it can upload a third-party segment like household income and let it “mature” in the DMP, gaining greater insights as more people who match that segment view the content and return to the site. “We’ve never had that kind of insight before,” Peters said.

BuzzFeed is also exploring how the Permutive data could help its affiliate teams. “What else do the Walmart or Amazon purchasers do on BuzzFeed? How do they spend their time?” Peters said.

Permutive also offers greater scale for advertisers. Since the DMP doesn’t have as many blind spots as a cookie-dependent DMP, BuzzFeed can see more readers with certain behaviors and, in turn, create a segment of those readers for an advertiser to buy. Permutive also possesses cross-device tracking capabilities, Peters said, which will aid in frequency capping for advertisers.

All of this enables a more holistic picture for BuzzFeed and a greater scale when it wants to target specific audiences, such as people who like parenting or food content. In some areas where BuzzFeed had particularly limited visibility, it’s now seeing 20 to 30 times more targetable scale. In other verticals, the increase is more modest, around a 1.5 to 2 times increase in the scale it can offer advertisers.

With tracking, there are always questions of privacy. Users know more about how to delete cookies or enable “Do Not Track” than they do about clearing their local storage as a privacy option.

The fact that Permutive was based in the United Kingdom appealed to Peters, because it meant that the ad tech company had more of a stake in complying with GDPR and user privacy standards.

BuzzFeed also liked that the tech can remove unnecessary data. For example, it can feed in geographic data that indicates location but deletes the IP address used to identify that location. To avoid any missteps with GDPR, BuzzFeed specifically rolled out the tech only in the United States first, and will next tackle the international market.

In the meantime, more BuzzFeed teams are incorporating Permutive data into their workflows and using it to replace their old DMP data and the more limited Google Analytics information.

“After a month and a half of full integration, we are already seeing the change internally,” Peters said.