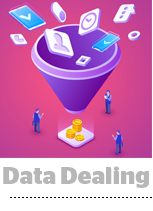 Publicis Groupe will pay $4.4 billion to acquire Epsilon, the French holding company’s biggest-ever acquisition and the latest agency bid for first-party data. The transaction gives Publicis ownership over data on 250 million Epsilon customer profiles in the United States, as well as the ad tech platform Conversant and affiliate marketing network CJ Affiliate. Epsilon’s data management and identity products could improve Publicis’ ability to target audiences under privacy-centric standards, says CEO Arthur Sadoun in a press release. “With this critical move, we are going further, faster and deeper in our own transformation, becoming a leader in this data-led, digital-first world,” he says. But investors are worried about Publicis’ rocky history with major acquisition integrations, like Sapient, which it acquired for $3.7 billion in 2015 and took a $1.5 billion write down on two years later. Reuters has more.

A German price-comparison shopper service, Idealo internet GmbH, has sued Google for allegedly abusing its search engine market share to boost its own shopping product. That sounds like old hat for Google, but it’s the first such case to invoke a 2017 European antitrust decision ordering Google to treat rival comparison shopping companies equally in its search results. “If it succeeds, the litigation could spark similar actions in Europe by other tech firms that have hesitated to take on the Silicon Valley company,” The Wall Street Journal reports. Idealo is controlled by Axel Springer, the German news company that has butted heads with Google over the ad platform’s share of digital media profits. Idealo is seeking $566 million in damages from lost revenue after Google allegedly altered its search results. More.

The European Data Protection Board published new GDPR guidelines around legitimate interest, a concept that dictates whether a publisher or company can collect data without consent because the data collection is a necessary part of the business. The new guidelines, which are in a public comment period, fill in some specifics for tactics that digital media and ecommerce companies have supported by claiming legitimate interest. For instance, an online retailer can collect credit card details and a home address to ship products to a house. But when someone uses a pick-up point, the company no longer needs a home address and must gain explicit consent to process that data. A news aggregation app can claim legitimate interest to profile users because it must tailor content from multiple sources. A hotel company or retailer, however, can’t profile users based on previous bookings or transactions without explicit consent, because that level of personalization isn’t “objectively necessary” for the service. Read the release.