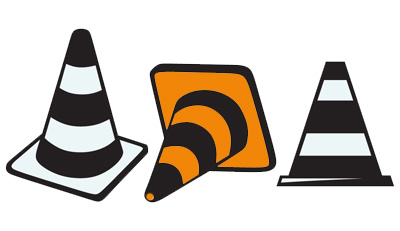 Whereas a lot of advertisers consider brand safety to be a floor or a baseline – no guns, for example, or nothing sexually explicit – brand suitability is a more nuanced, idiosyncratic beast.

A potato chip brand, for example, might have no problem being near gaming content – it might even prefer the placement – but a diaper brand could feel differently.

The question is, why did it take so long for Meta to start bringing third-party brand suitability to Feed? After all, the News Feed was one of Facebook’s first products, launched during the long-ago year of 2006.

One reason is the personal nature of Facebook’s Feed. The content users see changes dynamically and is based on the specific posts and people they choose to interact with.

The goal here is to give advertisers more control over adjacencies and protect people’s privacy at the same time, Samantha Stetson, Meta’s VP of client council and industry trade relations, told AdExchanger.

“These are new solutions and it’s important we build them with safeguards to protect people’s privacy,” Stetson said. “News Feed mostly consists of content that people have shown interest in or elected to follow, and any solutions implemented in that context have privacy implications.”

It was early last year when Facebook first said it would start testing topic exclusion controls, which would allow advertisers to keep ads away from certain topics in Feed, such as “crime and tragedy,” “social issues” and “news and politics.”

Specifically, the idea is to give advertisers the option to choose for their ads to not be delivered to people who recently engaged in their Feed with what the brand considers to be undesirable topics.

In November, Meta expanded its test and shared a few early results, including the fact that advertisers who excluded news and politics were able to avoid related adjacencies 95% of the time. The same was true for tragedy and conflict categories 99% of the time and for hot-button social issues 95% of the time.

Zefr, which was selected after what Stetson called a “rigorous” RFP process, will serve as the first partner to provide independent reporting on the context of ads in Feed. Meta is planning to open this up to all of its badged brand safety partners soon.

Meta is consulting with the Global Alliance for Responsible Media (GARM) on the suitability controls. GARM is an industry group founded by members of the World Federation of Advertisers to determine standards for defining brand safety and suitability.

Bringing in Zefr for some third-party street cred makes a lot of sense.

Meta, back when it was still just Facebook, took a lot of heat for dragging its heels on third-party measurement and verification.

Just a few years ago, Facebook didn’t seem to see the need for granular third-party band safety controls in its feed. At an industry event in 2019, Erik Geisler, then Facebook’s director of North American agency partnerships, said, “We don’t believe ad adjacency matters in certain environments.”

Even so, in part due to growing pressure from advertisers, Meta has meted out controls here and there, including a tool that lets buyers see where an ad is going to run in advance (both on and off platform), the ability to opt out of placements they don’t like and the ability to block specific content categories, such as drugs, sex or gambling.

Small-scale testing of the suitability solution for feed will start in Q3 followed by limited availability in Q4. The controls are set to launch in 2023.

Over the course of the next year, Meta aims to expand coverage across languages other than English and bring the controls to more surfaces, including Reels, Stories, video feeds and Instagram Explore.

Story updated to accurately reflect the partnership between Meta and Zefr.