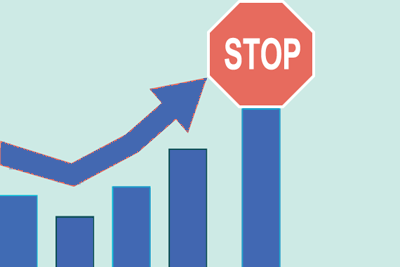 In February 2021, Facebook will start limiting how many ads a page can run at any given time.

Facebook is making the announcement now so that developers have more than enough time to prepare for the change, said Graham Mudd, Facebook’s VP of product marketing for ads. The change will roll out between February and the summer of next year.

As Facebook layers more automation into its ad products, capping the numbers of ads per page should actually help with ad performance and reduce ad prices, Mudd said.

Because machine learning enables efficient experimentation, Facebook can show ads to enough people to quickly understand whether those ads are relevant, before scaling up or deciding that the ads aren’t working, he said.

When marketers create an ad set in Facebook, the ads immediately enter a learning phase, during which Facebook’s ad delivery system tries to figure out the most efficient way to deliver the ads.

The more ads that an advertiser throws at the wall – “spaghetti-style,” Mudd said – the more difficult it is for Facebook to understand with statistical significance which ads are likely to work well and deserve more budget. With too many ads in the system for a specific advertiser, Facebook isn’t able to learn enough about any one ad because each ad is being delivered less often.

“But if you’re able to keep your ads below a certain threshold, we can get you better outcomes from your investment with us,” Mudd said.

The ad thresholds per page vary by the size of an advertiser’s budget. “It’s the budget that determines our ability to test during the learning phase and get a clear signal of whether an ad is performing or not,” he said.

Small and medium-sized pages that spent less than $100,000 in their highest-spending month over the past year will be capped at 250 ads. Medium to large-sized pages that spent between $100,000 and $1 million can run up to 1,000 ads at a time. Large pages with ad budgets between $1 million and $10 million will have a threshold of 5,000 ads. And the largest pages, those that shelled out more than $10 million in their highest-spending month over the past 12 months, will be allowed to run 20,000 ads at once.

Although Facebook promises its ad volume limits will lead to better performance, some developers are wary of turning over yet more control to the platforms.

In the past, if an advertiser had, say, 50 ad sets inside of one campaign, it was usually up to a human media buyer to go into the system to either increase or decrease the budget and keep the campaign running smoothly. Facebook now takes care of that process automatically using real-time data and features such as campaign budget optimization.

Mudd acknowledged that some advertisers are concerned they don’t have as many manual optimization levers to pull as they’ve historically had, which is feedback that Facebook has taken on board, he said.

Advertisers can access reporting from Facebook on why their budget is shifting from one ad or placement to another, and can run a variety of split tests to see which approaches drive better outcomes.