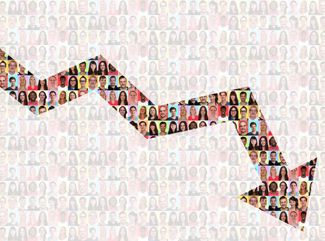 Facebook and Twitter both acknowledged this week that they’ll be taking revenue hits due to the coronavirus situation. These admissions aren’t surprising – but they are telling.

Late Tuesday, Facebook said that its services are experiencing “unprecedented” growth and “new records in usage almost every day,” but that this isn’t translating into ad revenue gains.

“Our business is being adversely affected like so many others around the world,” Facebook execs Alex Schultz, VP of analytics, and Jay Parikh, VP of engineering, wrote in a blog post.

There are two primary factors at play here: Advertisers are likely pulling back on their spending either out of caution or because it doesn’t make sense for them to advertise anymore (think travel companies, hotel chains and small and medium-sized businesses that have been forced to shut their physical locations for the foreseeable future). Facebook’s advertiser base of roughly 8 million includes a heck of a lot of SMBs.

Also, most of the increased engagement Facebook is seeing is with its free messaging services, which Facebook mostly doesn’t monetize.

In places hardest hit by the virus, voice and video calling have more than doubled on Messenger and WhatsApp, while total messaging has increased by more than 50% over the past month.

In Italy, specifically, which has been lashed by the coronavirus outbreak and where the population has been under lockdown for more than two weeks, time spent across Facebook apps is up 70% since the crisis took hold. Instagram and Facebook Live views doubled in a week and group calling with three or more participants shot up by more than 1,000% during the last month.

But there hasn’t been a complementary rise in ad dollars. “We’ve seen a weakening in our ads business in countries taking aggressive actions to reduce the spread of COVID-19,” Schultz and Parikh noted.

At the same time, Facebook has to make sure that its services continue to run seamlessly despite the surge in use, which is challenging considering the vast majority of employees are working from home.

This dynamic is playing out similarly for Twitter. Earlier this week, Twitter pulled its first quarter guidance – which had been forecasted to be somewhere between $835 million and $885 million – and said it expects Q1 revenue to be down slightly on a YoY basis.

That’s despite the fact that total monetizable daily active users, Twitter’s metric to describe the number of people who are actually seeing ads on its platform, hit 164 million – a 23% increase quarter to date – thanks in large part to a jump in coronavirus-related conversations.

In a statement on Monday, Twitter CFO Ned Segal noted that although Twitter “had a strong start to the year before the effects of COVID-19 began spreading more broadly” with the Super Bowl and “overall strength in the US,” the story began to change as the situation “unfolded into a global pandemic.”