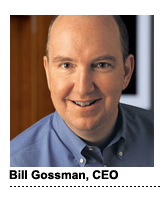 By Allison Schiff and Zach Rodgers

Less than a month after Procter & Gamble pulled its business from the platform, AudienceScience has ceased operations and gone into receivership.

CEO Bill Gossman confirmed to AdExchanger on Thursday that AudienceScience has suspended worldwide operations. The news was first reported by Business Insider.

Gossman declined to comment further on the shuttering of the business, but did offer an endorsement of AudienceScience’s approximately 200 employees.

“There’s an amazing group of people who are absolutely expert in brand advertising that would be a huge asset to anybody in the business,” he said. “If anybody would like to contact me personally, I’ll make the necessary introductions.”

AudienceScience CTO Basem Nayfeh, one of the original architects of the P&G deal in 2009-2010, previously told AdExchanger that a sale wasn’t off the table. “We’re a pragmatic company,” he said.

But it appears no buyer was forthcoming.

When P&G gave AudienceScience its walking papers in March in favor of Neustar as its data-management platform and a selection of demand-side platforms, including The Trade Desk, the writing was on the wall.

Although AudienceScience had done work for a number of larger brands in the past, including Adidas, Frito-Lay and GlaxoSmithKline, the company has declined to name current clients on its roster.

But there was a time when AudienceScience, which was founded 17 long years ago, seemed to have it all. When the largest advertiser selects you as its preferred ad tech platform, the going is good.

The going got tough over the years, however, as P&G began to eat up more and more of AudienceScience’s time.

“AudienceScience dedicated most of their energy to servicing P&G, and they jettisoned their media business, which was funding staff and development, to focus on growing their DMP business,” Ramsey McGrory, CRO of Mediaocean and former head of the Right Media exchange, told AdExchanger in a previous interview. “Taken together, it was a high-risk/high-reward strategy that didn’t pan out.”

P&G also refused to allow AudienceScience to do work for other CPG clients or speak publicly about their relationship, which meant AudienceScience couldn’t pitch business based on its most excellent client win.

And as the years wore on and AudienceScience appeared to pin its destiny squarely on P&G, the CPG giant became a strange mix of provider and albatross.

“The first time P&G spoke publicly about its relationship with AudienceScience was when they announced they were firing them,” PubMatic CMO Jeff Hirsch told AdExchanger in March. Hirsch was AudienceScience’s CEO between 2006 and 2011.

In mid-January, AudienceScience laid off a quarter of its staff, cutting roughly 50 positions.

The dismissals came less than a year after P&G moved its media account over to Hearts & Science, a data-driven agency launched by Omnicom expressly to service P&G’s business. Hearts & Science has since won other accounts, including AT&T.