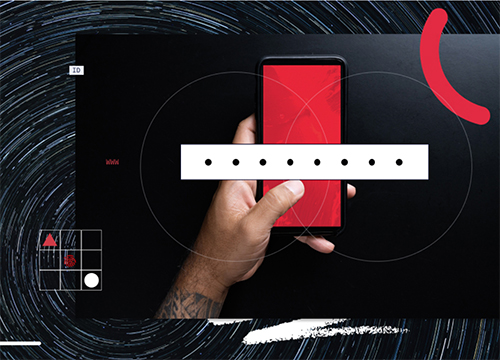 The founders of AdGear – a Canadian DSP and ad server acquired by Samsung Ads in 2016 – raised $3.6 million in seed funding to build a SaaS data connectivity platform called Optable.

Marketers and publishers could use the technology for both activation and measurement use cases. The tech is not built on blockchain, although it uses similar protocols, Optable CPO Vlad Stesin said.

Optable is launching at a time when marketers are refocusing their first-party data strategies as third-party cookies disappear. Additionally, Apple last week made its IDFA opt-in, likely limiting its use for advertisers. Privacy regulations in Europe, California, Virginia and elsewhere have created a fragmented ecosystem.

Together, these changes have created an urgent need for a safe and secure way for advertisers and publishers to compare audience data, Stesin told AdExchanger.

“There will be more walled gardens than ever before,” he said, including in connected TV. He dealt with those challenges firsthand at Samsung ads, where he and his co-founders experienced the “first wave” of GDPR.

Marketers, Stesin said, do not want to send a list of all their customers to a walled garden. Optable’s solution enables the walled garden to activate on the overlapping audience, without the marketer having to send all of the data.

“We started to see how big this challenge was for brands, publishers and advertisers to cultivate and activate audience data according to regulations,” he said

The platform ensures that the audience data is not unnecessarily disclosed between collaborating partners. Additionally, Optable users can securely receive audience matches from any partner – whether or not they are using Optable’s solution – which minimizes friction and complexity.

Optable’s setup is an upgrade from today’s standard. Currently, first-, second- and third-party data often has to be moved to a central repository in order for companies to collaborate and share analytics.

Besides Optable, a number of companies have been beefing up their data protection capabilities recently, including LiveRamp, which acquired tech startup DataFleets ­– a SaaS solution that facilitates secure data partnerships so that companies can mingle their data in a permission-based environment – in February for $68 million.

Optable, which is based in Montreal and has 15 employees, is currently in a “build phase” and will likely gear up for a Series A investment in the next 18 months, Stesin said. The company is working with three pilot customers, including global programmatic ad exchange District M and two major publishers in Canada that Optable declined to name.

“Once we have our first few key customers and recurring revenue, we will be able to secure funding and basically to get to the next stage in terms of commercialization,” Stesin said.

The seed round was led by Brightspark Ventures and boasts a who’s who of ad tech angel investors.

“They saw the need for Optable’s solution in the market,” Stesin said.