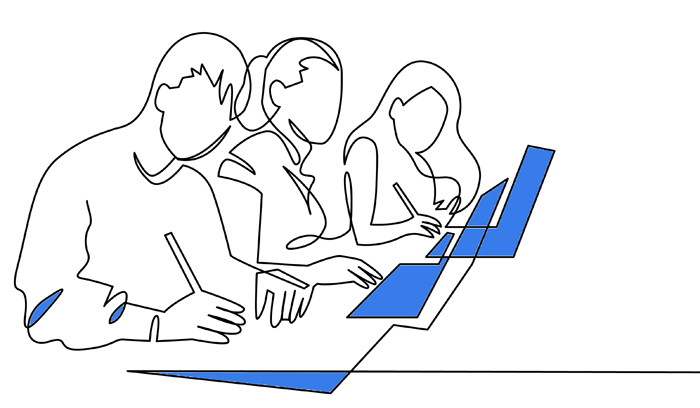 Facebook is preparing its partners for Apple’s IDFA restrictions – and there’s no sugar coating it.

Considering the uncertainty of the situation, Facebook has decided not to collect the IDFA for any of its own apps on iOS 14 devices or to request the IDFA from apps in Audience Network, the company said in a pair of blog posts on Wednesday.

Facebook therefore will not display Apple’s consent prompt or ask that apps in Audience Network do so on its behalf.

Advertising on Facebook will be largely unaffected, but this move means that Audience Network might not be long for this world.

If losing the IDFA causes CPMs to plummet and app developers aren’t able to meaningfully monetize through Facebook’s mobile ad network, Facebook will consider ending support for campaigns that touch users who have updated to iOS 14. Facebook says it could change its mind as Apple shares more information on its policies.

But it’s clear that Facebook doesn’t expect a very good opt-in rate among third-party apps, and that it’s tired of having to lean on Apple’s proprietary identifier. Facebook told AdExchanger that it wants to be able to build on something that’s more stable and under its own control.

Facebook already removed mobile web publishers from Audience Network in February, which many considered a preemptive measure in reaction to Chrome’s planned phaseout of third-party cookies. Facebook also warned investors on its most recent earnings call in July that IDFA will likely prove to be “a challenging headwind.”

On Wednesday, Facebook said that Apple’s updates “may render Audience Network so ineffective on iOS 14 that it may not make sense to offer it” there.

Currently, Facebook relies heavily on the IDFA as a mechanism to match users for targeting and measurement in third-party apps. For example, an app developer might use the IDFA to create a custom audience or a look-alike audience, or as a way to attribute an install to a particular campaign.

Without IDFA, the user-level personalization and granular measurement that attracts developers to Audience Network goes out the window.

Audience Network’s future on iOS 14 devices depends on how app publishers and developers react once users start updating to the new mobile OS. If apps stop making money and start pulling back, so will Facebook. In a recent study, Facebook found that app publisher revenue dropped by more than 50% across Audience Network without the availability of personalized ads.

In the meantime, Facebook says it’s “working on short- and long-term strategies to support publishers through these changes” in order to enable personalized advertising via Audience Network sans IDFA.

That process will involve developing means of tracking that are not reliant on the IDFA, but it’s too early to share specifics on what Facebook will do.

One option, though, could be the Facebook Login, although it’s far less ubiquitous than the IDFA is today.

Also unclear is how Apple’s IDFA changes impact Facebook’s relationship with the companies in its mobile measurement partner (MMP) program.

Up until now, the IDFA has been one of the primary methods by which Facebook communicates with its MMPs.

Presumably, most of the MMPs will integrate with SKAdNetwork, Apple’s app install attribution API. But SKAdNetwork only provides aggregated, anonymized reporting data, which minimizes the MMP’s role.

Facebook told AdExchanger that work will need to be done so as to allow for reporting via SKAdNetwork through its own interface and the respective interfaces of its measurement partners.

Over the past few weeks, Facebook representatives have already begun meeting with MMPs, mobile game companies and some advertisers. The cadence of these meetings will start to pick up now that Facebook is being more public about its approach to Apple’s IDFA changes.

In the near term, Facebook will release updated versions of the Facebook SDK and the Audience Network SDK that support iOS 14 and SKAdNetwork functionality.

Businesses will have to create a new ad account specifically for app install campaigns for iOS 14 users so that Facebook can more easily keep the reporting data it gets back from SKAdNetwork separate from other campaign data.

Facebook plans to release its updated SDKs in the coming weeks sometime before the launch of iOS 14, which is slated for mid-September. Although it’s already late August, Apple hasn’t yet shared an exact timing for its iOS 14 rollout.

According to Facebook, despite its scale it doesn’t have any special insight into Apple’s plans, doesn’t get preferential treatment and isn’t privy to additional information about Apple’s policies that isn’t already in the public domain and available to other developers.

Going forward, Facebook says that it remains “committed” to helping the developers that use Audience Network roll with Apple’s changes as best they can, and that it’s “investing time and resources into building monetization products for publishers, as well as supporting other platforms outside of iOS 14.”

Aka, there’s always Android … at least for now.

Facebook will be sharing more information about how its preparing for iOS 14 as we get closer to the release date.