Apple’s move to make its IDFA only available on an opt-in basis will either set Facebook’s hair on fire or further solidify Facebook’s dominant market position. Depends on who you ask.

Those opposing opinions underscore the confusion consuming the mobile ad tech ecosystem as it grapples with the de facto loss of user-level tracking in iOS apps.

But on the Facebook front, the answer is somewhere in between.

How the loss of the IDFA could hurt Facebook

“If people don’t give consent to Facebook, then Facebook is out of luck,” Yehudai said. “The magic happens when you connect the IDFA with the Facebook ID.”

Audience Network assesses how likely it is that someone will click an impression available on a Facebook publisher. If a click is likely, Facebook buys the impression on a CPM basis and sells it at an undisclosed – but no doubt healthy – margin on a CPC or CPA basis to an advertiser willing to shell out for that particular impression in that exact moment.

With LAT turned on – or without permission to access a user’s IDFA, which amounts to the same thing – Facebook loses its edge with Audience Network.

“Like most others, they’ll have problems identifying users and matching all of their lovely, rich data when they see users appearing through third-party apps,” said Jon Hatfield, head of advertising product and technology at European shopping app Shpock. “To aggregate data and create strong look-alike audiences, you need a mobile ID to link back to the Facebook ID – if you don’t have a bridge between the two, you can’t do it.”

In February, Facebook removed mobile web publishers from Audience Network and decided to focus exclusively on apps, a maneuver largely interpreted as a reaction to Chrome’s upcoming third-party cookie ban.

More recently, Facebook released the results of a test that found a more than 50% drop in app publisher revenue across Audience Network when ads were not personalized. (Sound familiar? Google published a study last year, disputed in some circles, which observed a 52% decrease in publisher revenue on impressions without cookies.)

Put another way, without ready access to the IDFA, Audience Network is not as valuable on iOS. And although Audience Network is set to bring in around $3.4 billion in ad revenue in 2020 (pre-pandemic and pre-boycott estimate), according to ad tech consultancy Jounce Media, it’s possible that Facebook will begin to deprioritize its ad network.

During a previous interview in June, on the eve of Apple’s IDFA announcement, Facebook’s global lead for publisher solutions, Steve Webb, told AdExchanger that Facebook remains “committed to helping app developers monetize most efficiently, and that means personalized advertising.”

But there’s a sense in the industry that Audience Network is a limb Facebook might be willing to cut.

“The Audience Network is not what Facebook cares about long term and they are ready to get rid of it when the time comes,” said Thomas Adhumeau, general counsel at French mobile ad company S4M. “And the growth is such on mobile advertising that they won’t even notice the revenue impact of Apple’s decision to limit tracking on mobile devices.”

Unless Facebook’s own data makes it immune to IDFA decisions

“You see it happening,” said Fyber’s Yehudai. “When you engage with an ad on FAN, you might see a similar ad on Instagram pretty soon after.”

But Facebook is also sitting on mountains of its own first-party data.

Without permission for cross-app tracking, Facebook “won’t have a 360-degree view of the customer, even if someone is in its first-party data – but Facebook is obviously still a major force, IDFA or no IDFA,” said Nancy Smith, CEO and president of analytics consultancy Analytic Partners.

And Facebook will also be able to use the IDFV, an ID associated with vendors in the iOS ecosystem, across its own services. In the documentation for iOS 14, Apple says that it’s okay to employ the IDFV for analytics purposes across apps from the same content provider, although it’s not kosher to combine the IDFV with other data to track a user across sites and apps owned by other companies without permission from the user. 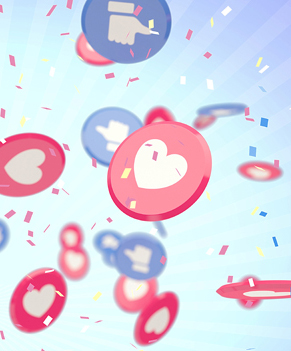 “They will be able to track users on Facebook, Instagram and WhatsApp without requiring users’ consent,” S4M’s Adhumeau said. “They have enough scale to carry on … in fact, it will eventually reinforce their market position and more dollars will go to their owned-and-operated apps.”

“Our hunch is the depreciation of the IDFA will further push this trend and the reliance on customer lists in digital advertising campaigns,” she said.

And although attribution and remarketing will become more challenging for app marketers looking for granular lifetime value-related insights beyond the install, Facebook is sitting on enough of its own data to do some pretty precise modeling using aggregated data.

Facebook “may need to flex the ‘aggregate data’ muscle more now, which is to look at trends [and] behaviors and move from deterministic models to predictive models,” said Kunal Gupta, CEO of publisher tech company Polar. [But] if anyone could pull off predictive models for app attribution, it’s the bigger platforms.”