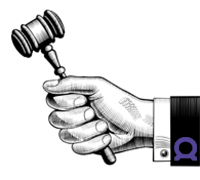 The number of publishers monetizing through a unified auction increased sevenfold over the past year. Half of them now earn the majority of their Audience Network revenue through programmatic bidding.

“Bidding is the new normal,” said Steve Webb, global lead on the team that manages publisher relationships for Audience Network. “The industry has moved from just experimenting with this to really starting to scale up.”

Part of that scale is due to the continued expansion of Audience Network’s partner program, which now includes seven demand sources with the addition of ironSource on Monday. Rounding out the program is Google (AdMob and Ad Manager), AppLovin’s MAX, MoPub, Fyber, Chartboost and Tapdaq.

Facebook first started allowing publishers to include Audience Network inventory in their unified auctions in 2018. Publishers can either mediate through one of Facebook’s partners or their own in-house bidder. Facebook isn’t planning to build its own bidding technology.

In the last few years, Facebook has invested in helping app bidding “come to fruition” through its partner ecosystem, Webb said.

“App bidding is transforming ad monetization, and it’s not just about the financial benefits,” he said. “There are also a lot of operational efficiencies.”

Freed from the manual labor of managing the waterfall, publishers can spend more time thinking about the user experience and user acquisition.

But the potential for publishers to make more money is a big draw. MAX, AppLovin’s in-app bidding solution, told AdExchanger last year that its publishers see a 10-45% lift in their average revenue per daily active user (ARPDAU) with app bidding. Game studio FUN-GI Games saw a 25% uptick in ARPDAU through Audience Network via the MAX SDK.

Facebook itself doesn’t share its margins with publishers in the network, although Webb claims that Audience Network is one of the most competitive sources in the marketplace based on net CPMs, which is the net revenue publishers garner per thousand impressions.

But what if Apple or Google decide to eliminate their respective mobile advertising IDs? Much of Audience Network’s value is its ability to provide the same targeting and measurement found on Facebook through Audience Network, for which the latter is reliant on mobile ad IDs, such as the IDFA.

It’s increasingly looking like it’s a matter of when, not if, Apple decides to eliminate or diminish its mobile ad ID.

“This is a hot topic in the industry, and there will definitely be a lot of attention on what Apple might announce [at its Worldwide Developers Conference],” Webb said. “It’s impossible to predict which way this will go, but, either way, we remain committed to helping app developers monetize most efficiently, and that means personalized advertising.”

Beginning in April, Facebook stopped fulfilling ad requests for web publishers from Audience Network, a move likely related to the fact that third-party cookies are in the midst of singing their swan song.