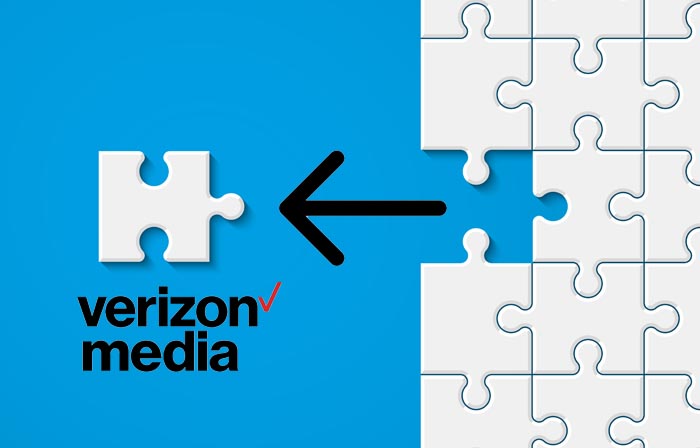 Remember when telcos wanted to be digital media companies?

On Monday, private equity firm Apollo Global Management announced its intention to acquire Verizon Media for $5 billion. The new company will be called Yahoo – yes, for real – and Verizon will maintain a minority 10% stake in it.

Verizon Media CEO Guru Gowrappan will stay on as CEO of the new Yahoo when the deal closes, which is expected in the second half of the year.

The Wall Street Journal first reported on rumors late last week that Verizon was close to selling Verizon Media to a PE firm.

It’s a bit of a sad trombone capstone for Verizon Media, which was initially envisioned as a vehicle for the fusion of content, first-party data, digital advertising and ad tech.

Verizon bought AOL in 2015 for $4.4 billion and Yahoo two years later for $4.5 billion for a total of $9 billion – which puts the $5 billion Apollo price tag into perspective. The AOL and Yahoo assets were later merged into a new venture dubbed Oath led by AOL’s then-CEO Tim Armstrong.

There are a lot of disparate, moving parts within Verizon Media: a DSP, SSP, a native ad marketplace, AOL, TechCrunch, Yahoo, Flurry (remember Flurry?), Engadget and lots of other media and technology sundries. (HuffPost was sold to BuzzFeed last year.)

In 2017, a few months before the Yahoo deal closed, Ali Kline, then the CMO of Verizon Media (she left the following year) told AdExchanger at Mobile World Congress in Barcelona that “telecoms aren’t just moving into ad tech – they’re moving toward connecting with content.”

Which was perhaps true at the time, or at least that was the ambition. The reality turned out somewhat differently.

In September 2018, just around the time that Kline exited, so did Tim Armstrong, and in hindsight that was the beginning of the end for Verizon’s vision to become a dominant force in digital advertising and media.

Digital advertising is lucrative for the big technology platforms, but telcos have proven time and again that when it comes to meaningfully capitalizing on their media and ad tech assets, they’d rather not risk the potential privacy-related fallout.

For its part, Verizon has become far more focused on building 5G networks than investing in digital media.

In 2019, Verizon dropped the Oath branding, renamed its content and tech assets Verizon Media and kept on chugging along.

Verizon Media Group’s total revenue for the first quarter of 2021 was $1.9 billion, up roughly 10.4% year over year and representing the second consecutive quarter of growth. Matthew Ellis, Verizon’s CFO, told investors that growth in the quarter was fueled by strong advertising trends, including a 45% uptick in DSP revenues.

But $1.9 billion was just a tiny fraction of Verizon’s overall revenue of $32.9 billion for the quarter – and a rounding error compared to the tens of billions of dollars Facebook and Google generated in ad revenue in Q1. Not to mention Amazon’s ad business, which grew 73% in Q1 to $6.9 billion.

In a statement, Gowrappan said that Verizon Media will take advantage of Apollo’s “sector expertise and strategic insight” to help Yahoo (redux) capitalize on market opportunities and continue growing its digital ad platform.

Apollo has investments in everything from CareerBuilder, Shutterfly and University of Phoenix to Rackspace, Redbox and crafts retailer Michaels.

“We are big believers in the growth prospects of Yahoo and the macro tailwinds driving growth in digital media, advertising technology and consumer internet platforms,” said David Sambur, a senior partner at Apollo, in a statement.

Verizon will receive $4.25 billion in cash from Apollo and preferred interests of $750 million, as well as the aforementioned 10% minority stake in Verizon Media.