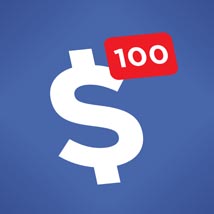 The company shared results for Q1 on Wednesday.

Advertising revenue for the first quarter was up 46% year-over-year to $25.4 billion dollars, accelerating across all regions. Average revenue per user in the United States and Canada clocked in at $48.04. It was $34.18 in the year-ago quarter.

Usage was also up (etcetera, etcetera). Nearly 3.5 billion people used at least one Facebook app or service as of the end of March, a 15% increase.

And the stock popped in after-hours trading, rising more than 6%.

Not that anyone has cocktail parties anymore, but here are a few main takeaways from the call in case it comes up during a Zoom happy hour.

Advertiser demand was better than expected.

The total number of ad impressions in Q1 that were served across Facebook’s services increased 12%, while the average price per ad went up by 30%.

Ad pricing was mainly driven by Facebook lapping depressed pricing levels from the start of the pandemic.

According to Dave Wehner, Facebook’s CFO, price will continue to be a big driver of revenue growth as the economy begins to reopen and people start picking themselves up off the sofa.

“Broadly what we’re seeing are engagement trends that are going back to a more normalized level,” Wehner said. “In the first quarter of 2020, we saw a significant increase in engagement as a result of the pandemic and we’ve seen some of those trends subside as the year progressed.”

In other words, Facebook CPMs are only going to get more expensive in 2021.

Apple’s iOS 14.5 privacy changes came up on the call, of course, and Facebook COO Sheryl Sandberg valiantly stood up for personalized advertising.

Considering Facebook’s history, it might not be the most credible character witness to extol the virtues of personalized advertising.

Regardless, Facebook is doing what it can to mitigate the impact of iOS 14.5, Sandberg said, noting that it’s “rebuilding meaningful elements of our ad stack so that our system continues to perform when we have access to less data in the future.”

One example is Facebook’s Aggregated Events Measurement API which allows for the measurement of web events from iOS 14 users by aggregating performance data at the campaign level.

But despite targeting headwinds, ad demand remains strong, Wehner said, which is contributing to a more positive outlook for 2021.

The quarters to come …

Facebook is forecasting that second quarter revenue will remain stable YoY or modestly accelerate relative to the growth rate this quarter. Ad revenue growth will continue to be mostly driven by price for the rest of the year.

The third and fourth quarters will get a little dicey, though, as year-over-year revenue growth rates “significantly decelerate sequentially” as Facebook lap periods of increasingly strong growth

But that’s not the only reason.

“We continue to expect increased ad targeting headwinds in 2021 from regulatory and platform changes,” Wehner said, pointing to iOS 14.5 and continued uncertainty related to the viability of transatlantic data transfers to and from Europe. “This is factored into our outlook.”