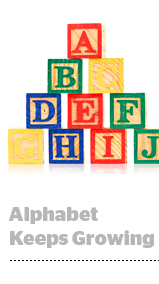 One year after the pandemic led to a sharp fall in Alphabet’s ad spending, the company’s Q1 2020 ad revenue has more than rebounded, sending the stock upwards in after-hours trading.

Alphabet revenue grew 34% in Q1 to $55.3 billion. The amount Google paid out to its partners (or traffic acquisition costs) trailed revenue, growing 30% to $9.7 billion.

YouTube was Alphabet’s top performer, drafting off the rise in consumers using flocking to online video for entertainment and education. Revenue grew by 49% to $6 billion.

YouTube is working on bringing more brand advertising to its platform, so it can “address both brand and performance goals at scale,” Schindler said.

One key selling point for brand advertisers is incremental reach.

On the platform safety side, YouTube recently added a metric, “violative view rate,” that tracks how many YouTube views go to content that violates its policies. In Q4 of last year, it averaged 16 to 18 views per 10,000, down 70% from 2017, according to CEO Sundar PIchai. Investments in machine learning drove down that rate.

Google Network ads grew by 30% to $6.8 billion. Strength in Google Ad Manager and AdMob, particularly Universal App Campaigns, drove that growth, according to CFO Ruth Porat. As usual, she declined to give more detail even when pressed by investors.

Michael’s highlighted its omnichannel fulfillment approach using search and YouTube TrueView in action to tap into arts and crafts video, Schindler said. Ecommerce sales went up 350% in the past year.

But from retail to ecommerce to streaming, it’s too soon to tell what consumer trends are here to stay, Porat warned. For example, people only need to buy home office furniture en masse once.

“We think it’s premature to assess how durable these consumer behavior trends are,” Porat said.