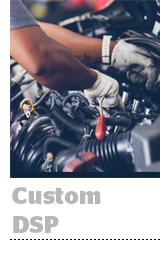 Despite widespread DSP consolidation, some buyers still find their needs aren’t being served.

So IPONWEB developed Bidcore, a customizable DSP for buyers with unusual needs or use cases, and who don’t want to optimize around CPA, click-through rate or viewability.

In the past, ad tech companies would have asked IPONWEB to build them a white label DSP, but the costs of running a buying platform have gone higher.

“The appetite for building ad tech from the ground up is diminishing. But the appetite for being able to deploy unique and differentiated offerings in programmatic – to bring your own data or your algorithm or integrate your own supply – is increasing,” said Michael Rasmussen, IPONWEB VP of global marketing.

Because the BidCore DSP is still hitched to IPONWEB’s infrastructure, buyers have turnkey access to supply across multiple channels, bidstream filtering (which reduces costs), and other must-haves like analytics.

IPONWEB will also build custom prediction and optimization tech for its BidCore clients, if one of the 20 out-of-box strategies doesn’t work for them.

In a year since its launch with beta clients, IPONWEB has amassed close to a dozen clients. One of them, Egami.TV, needed the DSP to buy more video inventory to fulfill its insertion orders from agencies when business was booming.

Egami.TV usually works directly with publishers to replace an image in story with a relevant video. For instance, it might replace a picture of a celebrity with a licensed video interview featuring that same celebrity. So, publishers have more video inventory to sell. But when that inventory sold out, Egami.TV still needed to fulfill the campaigns it had sold.

BidCore’s tech allowed Egami.TV to optimize based on video completions, a key metric for its clients. The custom optimization tech built by IPONWEB improved campaign video completion rates by 45% compared to direct-to-publisher buys, letting Egami.TV hit KPIs around video completion agencies can’t achieve on their own, which helped it win more business.

“This has put us on the radar as a ‘fulfillment house,’” said Egami.TV CEO Brian Bennett. “If an agency has excess impressions, they’re not able to fulfill with certain KPIs, we’ll work with them.”

Egami.TV is no longer underdelivering, either. “We were able to fulfill every single impression for every one of our campaigns in Q4, and that’s never happened,” Bennett said. “Revenue has been huge.”

Another type of client that has been served by BidCore is Speakable. The company wanted to programmatically place its “action button” below relevant articles. The action button asks readers to vote and weigh in on political or civic issues after they read content that details similar issues. Speakable uses that data to inform its clients’ fundraising strategies.

Using BidCore, Speakable optimized its rich media units toward interaction – and ensured they could render correctly on publishers without formatting issues, Rasmussen said. BidCore also allowed it to focus on its 120 direct-to-publisher integrations but increase its reach with 50 SSP integrations. In the past, Speakable could only buy through its own direct integrations with publishers.

“We can create custom reporting metrics around engagement inside the ads, and use that to feed into the machine learning optimization engine,” Rasmussen said. Then, the DSP can optimize toward the supply path with the greatest likelihood of driving user engagement.

If the first wave of programmatic meant every buy-side ad tech company had its own DSP, the second wave will involve buyers piggybacking on existing DSPs.

On the opposite end of the spectrum, Walmart partnered with The Trade Desk in January so its retail media clients could buy using the familiar Trade Desk UI – while adding unique Walmart data.

There will be more companies built using another company’s baseline infrastructure in the future: “If you are wanting to put a unique value prop into programmatic, it doesn’t make sense to build a DSP from the ground up,” Rasmussen said. “What makes you unique or special as a company is something else.”