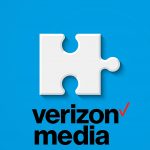 Remember when telcos wanted to be digital media companies? That was so 2017. On Monday, private equity firm Apollo Global Management announced its intention to acquire Verizon Media for $5 billion. The new company will be called Yahoo – yes, for real – and Verizon will maintain a minority 10% stake in it. Read the release. END_OF_DOCUMENT_TOKEN_TO_BE_REPLACED

The End Of Shared Identifiers?; Ikea Distances Itself From Data

Here’s today’s AdExchanger.com news round-up… Want it by email? Sign up here. Fun While It Lasted A few years ago, programmatic companies started sharing online ad identifiers as a way to improve reach and targeting. But with Chrome phasing out third-party cookies in two years, the days of shared IDs and cookie-based consortia are on the END_OF_DOCUMENT_TOKEN_TO_BE_REPLACED Oath COO Guru Gowrappan will take the reins of Verizon’s media and advertising subsidiary following the departure of Tim Armstrong, the former AOL CEO who has overseen the telco’s consolidation of AOL and Yahoo into a single platform, at the end of the year. Verizon hired Gowrappan earlier this year from Alibaba, where he had END_OF_DOCUMENT_TOKEN_TO_BE_REPLACED