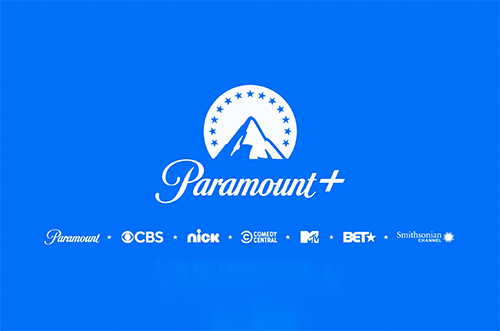 ViacomCBS attempted to set itself apart in the streaming wars during a three-hour virtual investor event on Wednesday ahead of the launch of Paramount Plus next week.

The company is making a deep push into an already crowded streaming space with Paramount Plus while also bolstering its AVOD Pluto TV service, as it looks to be a major competitor with Netflix, Disney Plus, Disney-owned Hulu, Amazon, NBCU’s Peacock and WarnerMedia’ HBO Max.

A little over a year after Viacom and CBS merged, the company showcased an aggressive streaming strategy that includes relaunching CBS All Access as Paramount Plus on March 4, with a content pipeline that combines live sports, breaking news and a massive movie library as well as original films and series for the platform. The company also plans to leverage Pluto TV as a way to attract viewers to Paramount Plus.

“When it comes to streaming, we stand for something unique – an ecosystem of free, pay and premium streaming, underpinned in pay by the new Paramount Plus service,” said CEO Bob Bakish, adding that ViacomCBS nearly tripled its global streaming subscriber base and more than doubled its streaming subscription revenue over the past two years. “It’s a streaming service that will resonate with broad and diverse audiences and has a robust slate of originals which will only grow.”

Bakish and other execs were bullish on the company’s bet on streaming. Chief Financial Officer Naveen Chopra said ViacomCBS ended 2020 with $2.6 billion in global streaming subscription and advertising revenue – with an annual run rate of $3.6 billion – exceeding the company’s expectations. He added that ViacomCBS has a goal of reaching 65 million to 75 million global streaming subscribers – mainly through Paramount Plus – and more than $7 billion in streaming revenue by 2024.

The new service includes more than 30,000 TV episodes and films such as “The Godfather” and “The Brady Bunch” as well as content from CBS, BET, Comedy Central, Nickelodeon, MTV and the Smithsonian Channel.

Paramount Plus will also debut original movies, series and documentaries, and ViacomCBS is investing aggressively in content to support the growth of its streaming services. ViacomCBS invested $15 billion on content last year, and streaming content expenses will increase to at least $5 billion by 2024.

Paramount Plus also stands out, execs said, because of its two-tiered subscription model that includes a premium, ad-free plan at $9.99, as well as an ad-supported plan at $4.99 that will be available in June.

“We came up with the pricing strategy because we wanted to serve the greatest addressable audience – which we thing the two tiers does,” said Tom Ryan, president and CEO of streaming at ViacomCBS, who also co-founded Pluto TV. “Also, the two-tiers allow us to drive both subscription and advertising revenue. The $4.99 tier gives us greater flexibility in how we go to market with distribution partners.”

That lower tier still has a lot more content than CBS All Access had, he added. The $9.99 plan has no ads and also has more live sports – including NFL football, the UEFA Champions League, PGA Tour and more – and breaking news, both of which the execs said is rare in streaming.

“Right now, we think those are the best price points to go to market with and they’re clearly very competitive in each of their respective lanes,” Ryan said.

Unlike HBO Max, which announced in December that it would release its slate of films simultaneously in theaters and streaming, ViacomCBS said it is committed to the theatrical experience, though the typical 90-day window before a theatrical release is available to buy or rent will be much shorter. Major films such as “A Quiet Place Part 2” and “Mission Impossible 7” will be available on Paramount Plus 45 days after hitting theaters.

The company also remains committed to free ad-supported TV. Pluto TV is on its way to becoming a billion-dollar business and is the top free ad-supported streaming service in the United States with the largest distribution footprint in AVOD. By the end of 2024, Pluto TV is expected to have between 100 million and 120 million monthly active users globally.

“Pluto TV hasn’t just proven our skeptics wrong, we pioneered a new category and now we’re one of the free leading television services,” Ryan said. “Our ad partners love Pluto because we offer the best of both worlds – the efficient targeting of digital with the brand building and storytelling of traditional TV.”

Pluto TV helps create a “super funnel” that expands the company’s paid services, Ryan said, in part by featuring pilot episodes or past seasons of a show before a new season airs.

“Once they’re hooked, we offer a trial subscription for more,” he said. “With Pluto’s free linear experience, we can effortlessly introduce tens of millions of viewers to the amazing content we’ve highlighted.”