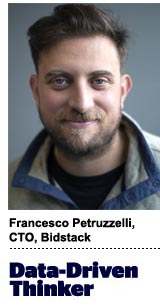 Today’s column is written by Francesco Petruzzelli, CTO of Bidstack.

In a year defined by indoor and solo activities, gaming offered entertainment and social connection for millions of people. Now, one of gaming’s most defining years to date has been capped off with the release of two new consoles from the industry’s most prominent companies: Sony’s PlayStation 5 and Microsoft’s Xbox Series X|S.

Based on production numbers, industry analysts estimate that the PS5 sold approximately 1 million units at launch, while Xbox tweeted that it had its largest launch day in history. A Microsoft blog post declared that the Xbox Series S added “the highest percentage of new players for any Xbox console at launch.”

These are clear signs of the pandemic’s impact, but also of the rise of gaming globally. By 2023, analysts predict that Sony and Microsoft will have sold 50 million and 30 million units of their new consoles respectively worldwide.

Needless to say, that’s a lot of consoles. But do new consoles bring new opportunities for marketers worth paying attention to? Absolutely.

For years, consoles were pricey. The Xbox One launched at $499, the PlayStation 4 at $399 – and this was back in 2013. Since then, the cost of consoles has maintained and, in some cases, even lowered over time if you take inflation into consideration.

Additionally, consoles are more than gaming devices now, they’re complete entertainment hubs. Sony and Microsoft consoles both offer extensive app stores stocked with almost every streaming app. This convenient access positions consoles to become the ultimate consolidation point for home entertainment, which we can assume will increase their presence and use significantly.

But it’s also important to mention that, as opposed to mobile environments, these are big screen-type audiences looking for big screen-type content, a fact that marketers need to be aware of if they want to play in this space.

The new crop of consoles allows marketers to create in-game experiences that foster brand awareness both for the brand, and for its specific products, thanks to a dramatic shift towards photorealistic graphics.

Both the PS5 and the Xbox Series S|X have stepped up their graphics and the realism of their titles, which means that brands can present their products with the kind of integrity and detail that previous models were incapable of.

Years ago, for instance, Burberry wouldn’t have taken the plunge into in-game because the graphic capabilities at the time wouldn’t have supported their vision. Now, luxury fashion brands can develop hyper-realistic outfits for characters in games with the same adherence to detail as real-life, offline concepts.

Products, logos and other in-game placements are also prominent and compelling as opposed to the grainy add-ons people might be familiar with from the past. Creatives can rejoice at this movie-like showcase for their work.

Next-gen consoles also make it easier to integrate with streaming than any previous console, opening up the vast viewership of gaming’s elusive second screen audience. On the PS5, for example, all players need to do is hit “create” from their controller and can broadcast play via their preferred platform immediately.

Currently, the number of unique daily viewers on Twitch is estimated at 15 million. Popular players such as Ninja and Tfue generate tens of thousands to hundreds of thousands of views within seconds of firing up play.

Marketers can bring campaigns full circle by building artistically alluring brand experiences in games and by partnering with gaming influencers, thereby tapping into their network of viewers and the subsequent social media conversation. This extensive engagement on and off the console builds lasting brand impressions.

The price is nice

Creatives and product marketers will no doubt embrace the opportunities new consoles present.

But so will marketers. Because cost is still an important consideration for the people who make the media buying and platform partnership decisions and, by recent industry estimates, the CPMs in gaming are at least ten times less than a traditional broadcast buy. That opens up a lot of possibilities for newer, more niche brands to participate.

That means the barrier to entry is lower than you might think, including marketing and advertising opportunities on new consoles.

Brands can begin with straightforward placements that are easy to switch out over time, and eventually invest in activations and larger in-game campaigns.

It’s just a matter of getting started.