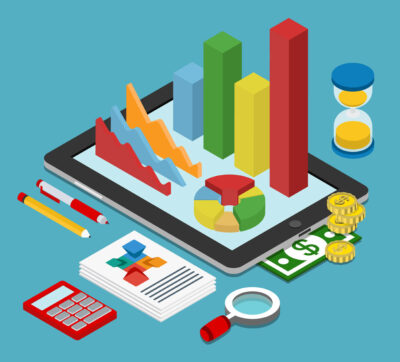 The impending Google customer force-shift from Universal Analytics (UA) to Google Analytics 4 (GA4) represents a major change to how advertising ROI will be measured via Google’s services going forward.

But publishers that spoke to AdExchanger about their migration plans aren’t feeling the same pressure as with, say, preparation for third-party cookie deprecation, Google’s other major upheaval scheduled for next year.

The sooner, the better

Google’s UA service will be discontinued by July 2023. About six months after that deadline, the years of session-based analytics data publishers and advertisers have logged in UA will be deleted.

Therefore, in accordance with Google’s recommendation, many publishers are migrating over to GA4 as soon as possible to maximize the amount of lookback data they’ll have logged in GA4 by this time next year.

“You’re not going to be able to port over your old data [from UA to GA4],” said Leaf Group SVP of media Scott Messer. “So, the only way to get ‘old data’ into your new system is to start your new system as soon as possible.”

However, for some publishers, the migration isn’t a pressing priority because the move to GA4 won’t have an immediate effect on ad revenue or publishers’ day-to-day operations.

“There is a bland understanding that we should switch now, to allow for the best lookback abilities in the suite come July 2023. But without immediate revenue or readership impact, it has remained a nonpriority in our product queue for about four months now,” said Salon CRO Justin Wohl.

And enterprise Google Analytics 360 clients are feeling less pressure to immediately make the switch because UA won’t expire for them until October 2023.

“Our plan is to soft launch in October across all of our digital platforms, running in parallel with Universal Analytics, so we can look at the differences and do training,” said Gannett SVP of data strategy and analytics Jennifer Frigault. “Because we’re an enterprise client, our cutoff is October of next year, so we would have one full year to run in parallel and train people.”

Both enterprise and free users will be able to run UA and GA4 simultaneously, allowing for evaluation between the two services, since the metrics aren’t apples to apples.

In contrast to UA’s session-based analytics, GA4 will take an event-based approach to analytics reporting.

“In Universal Analytics, you could track page views, social interactions, ecommerce transactions, whereas in GA4, everything’s an event, and an event can be any of those individual things,” said CafeMedia Chief Strategy Officer Paul Bannister.

With session-based reporting and user-level tracking on the way out, “we’re going to have to rethink how we look at audience engagement and metrics overall,” said Frigault. “I wouldn’t say anyone’s scoring us externally based on how many sessions we get, so it’s just going to affect how we look at success internally and how we communicate that success to advertisers in the marketplace.”

All told, the change in analytics shouldn’t impact how publishers do business with advertisers, Messer said, because “very few people are using Google Analytics data as a currency.”

With the change from session-based analytics to event-based analytics, UA’s and GA4’s structural reporting KPIs no longer sync up. IP addresses have been one of the main mechanisms for tracking and attribution in UA, along with third-party cookies. But GA4 won’t collect or even log IP address data starting July of next year.

Google Analytics users can export their historical data over to a data warehouse or DMP before it is deleted. But, given historical session-based UA data can’t be easily compared to the event-based data that will be logged in GA4, publishers will have a harder time figuring out year-over-year trends until a few years down the road, when they’ll have multiple years’ worth of GA4 data at their disposal, Bannister said.

However, GA4’s data retention policy indicates that the service will only retain a maximum of 14 months of lookback data, so users will have to be proactive about logging that data in their own data warehousing solutions.

Google Analytics’ old approach to data logging is part of the reason the service is banned in many European countries. So the smaller data retention window in GA4 and the deletion of historical UA data seem like Google’s attempts to comply with the GDPR, which prevents US tech companies from logging Europeans’ personal data.

“PII is like radioactive material – used correctly, it’s extremely powerful, but only very specialized people should be dealing with it, and getting rid of it is complicated,” Bannister said. “So, because of GDPR and international data transfer issues, Google just wants to get rid of it.”