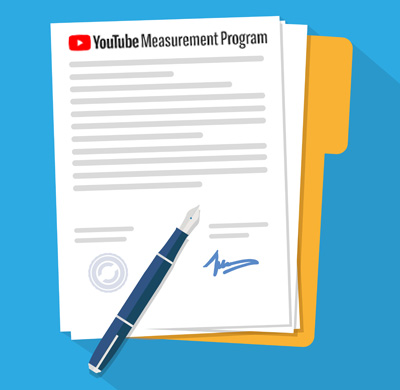 After a nearly three-month-long standoff, video analytics and brand safety measurement company OpenSlate said on Tuesday that it's back in the YouTube Measurement Program (YTMP).

Google and OpenSlate were at loggerheads since April, which is when YouTube relaunched the program with a handful of new partners and an updated organizational structure.

OpenSlate had been a member of the program since it launched in 2017, but bowed out in April after refusing to sign a requisite contract that it claimed would hamper its ability to report on channel-level brand safety.

For example, OpenSlate would have been able to report that an individual video is brand safe – say, a video of someone shooting hoops or putting on makeup – but not that the video appeared on the channel of, say, a neo-Nazi or some other problematic content creator.

Google declined to share whether OpenSlate was more recently furnished with a revised contract in order to join YTMP or whether there even is a standard contract for companies that join the program.

What can be said, though, is that OpenSlate’s initial refusal kicked off much consternation among advertisers and agencies. As one agency executive put it to AdExchanger, if OpenSlate’s allegations were true, it creates a question as to how independent third-party verification really is on YouTube.

Throughout late April and into May, ad trade groups, including the World Federation of Advertisers, pushed Google to clarify whether YTMP partners are hamstrung or restricted in any way.

This kicked off a lobbying process, ending with OpenSlate signing a contract with Google in order to reenter the program. The implication is that OpenSlate was given a fresh contract with updated terms.

In the interim, though, some agencies did start evaluating other partners. One agency exec told AdExchanger that it's "probably" going to switch to another vendor. OpenSlate, however, says that it didn't lose any business as a result of the kerfuffle with Google.

Now that it’s back in the program, OpenSlate will be able to provide the same brand suitability and contextual targeting-related services it offered before, including pre-screening for YouTube Select (nee Google Preferred), and pre- and post-campaign reporting for TrueView.

As part of the negotiation with Google, OpenSlate has agreed to work toward developing brand safety products for YouTube, including post-campaign brand safety verification.

“Through the process, Google showed interest in providing greater transparency around how it works with independent third parties,” said an OpenSlate spokesperson.

Although Media Rating Council accreditation is not a requirement to join YTMP right now, Google told AdExchanger that it’s planning to work with the MRC to shortly begin an audit of its third-party brand safety measurement integrations – perhaps a concession to the buy side’s clamoring for more transparency.

YouTube is already in the midst of an ongoing MRC audit, which began in earnest last year, of its first-party brand safety practices.