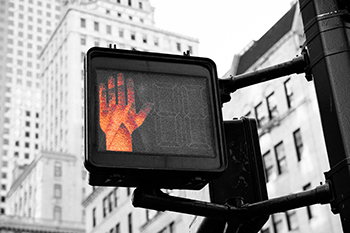 In the days after the Jan. 6 mob attack on the US Capitol – fueled in large part by former President Trump’s false claims of election fraud – advertisers quickly paused their ad spending amid the heightened sensitivity.

By most accounts, the ads were pulled back for 24 to 48 hours by brands and agencies, accustomed to temporary pauses over the past year in the midst of the COVID-19 pandemic, social injustice protests last summer, and online hate speech and disinformation.

Even before the riot at the Capitol building, brands were already on edge.

“January 6 was a monumental day before everything happened in the Capitol riots,” said Erica Schmidt, Chief Culture Officer at IPG’s Kinesso and Global CEO at Matterkind. “As soon as those things happened, my teams know this is where we pause everything, irrespective of whether it comes specifically from client direction because it’s the right thing to do and we know from previous experience. We have the capability to be agile and nimble in many circumstances.”

While Schmidt and others say that although there is a sense of optimism now that Trump has left office, concerns around brand safety are still top of mind among advertisers.

“I think our clients have come to realize that the historical notions of pulling advertising at a time of crisis – say, for example, January 6 – are sort of the new norm,” Schmidt said, adding that clients have entered 2021 with a renewed sense of vigor. “Instead of just pulling an ad on that particular day, I think our clients want to ensure that as we guide and advocate for them to find the right environments for their ads to be placed, that there is a longevity to that approach. They are mindful of their brands being in places where the consumers will not have a negative perspective on them.”

Gila Wilensky, president of Xaxis US, said that the hope is there will be less panic in 2021.

“We always hope that we have fewer instances each year of those breaking news, pause, suppress, pivot moments, that create a lot of workload to implement and communicate,” she said. “But some of the basics are still there. Even before Trump, brand safety was always top of mind for sophisticated advertisers. There’s always going to be, unfortunately, tragedies in the news – there’s always going to be events that give brands pause about where their content and creative would be adjacent to.”

Ben Hovaness, SVP of marketplace intelligence at Omnicom Media Group, said these days, the walled gardens and social in particular are most influential in shaping brand safety perceptions. Of course, Facebook, Twitter and other platforms faced heavy criticism for not doing enough to curb online hate speech and misinformation.

“Advertisers have made the decision to either pause ads entirely or remove newsfeed formats during times of heightened political tension,” said Tom Grant, SVP of programmatic platforms and operations at Havas Media.

Grant said the most sensitive brand safety concerns “by far” are the smaller websites distributing misinformation and extreme politics.

“Advertisers bear a significant responsibility for ensuring their ad dollars do not fund such publications,” he said.

The main concerns at the moment for brand safety are in those environments where measurement is less available, mainly social platforms and CTV, two areas that GroupM is focused on, according to Joe Barone, Managing Partner, Brand Safety Americas.

Brand safety in CTV, Xaxis’ Wilensky said, is just “not there yet” from an automation and ad verification standpoint.

“It’s not on par with the more sophisticated third-party tools for desktop, tablet and mobile,” she said. “There’s no one button you could push for brand safety across everything you’re running. It really is platform by platform, with different dials and levers to set that up.”

Meanwhile, social media platforms have been responsive to efforts by the Global Alliance for Responsible Media to address hate speech, bullying, disinformation, child exploitation, and the use of personal data, Barone said.

“In both of these environments, as different as they are, the concern is really the same,” he said of the social platforms and CTV. “We’re looking for integrated, independent third-party measurement, monitoring and reporting and the opportunity for avoidance. It’s slow going but there’s progress being made in both of those arenas. We’re in a much better place than we were a year ago in terms of both transparency and third-party accreditation.”

Agencies and marketers have learned the importance of building more flexibility into their deals over the past year to allow adjustment of investment as events unfold, Grant said.

Over the past few weeks, he added, emphasis has been placed on brand suitability, or specific targeting unique to each brand instead of rigid keyword blocking, which has been found to disproportionally affect publishers from minority groups.

“There has been an accelerated desire to transact on a brand suitability guarantee to give publishers and platforms a financial incentive to safeguard against negative content adjacency,” he said.

Barone and others said that most advertisers and agencies have contingency plans and brand safety strategies already in place. And after the events of the past year, advertisers are now even more flexible and prepared.

“There’s a much greater level of awareness and infrastructure,” Barone said. “Most of our clients have dedicated staff in these areas now and local, regional and global contingency plans that are built out with specific direction so people know quickly how to react.”