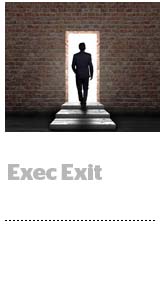 Last week, IPG Mediabrands global CEO Henry Tajer announced he will leave the company and head back to Australia for personal reasons.

But executive politics and challenges facing media agencies also factored into his departure.

Tajer, a 10-year veteran of IPG Mediabrands, became global head in 2015 after a successful stint as CEO of Mediabrands Australia, where he invested in high-margin businesses and streamlined underperforming units.

He sought to drive similar growth in the US by renewing investment in Mediabrands’ specialist business units, including Ansible, Cadreon and newly rebranded Society (formerly Mediabrands Publishing), as well as by winning big accounts at media agencies Universal McCann (UM) and Initiative.

Under his tenure, Ansible almost doubled its headcount from 80 to 150 employees and Cadreon grew 75%, from 253 to 443 employees, according to LinkedIn Premium. Society made high-profile hires, such as EVP and Managing Director Rob Bernstein, who came over from WWE. Central investment arm Magna also underwent a major rebrand.

But the units struggled to win new business in a tough pitch environment, said a former Mediabrands employee with knowledge of its programmatic business.

“It’s very capital-intensive to hire people, rebrand and get the business development machine turning,” he said. “You take sleepy business units, throw resources at them and give them a goal; that’s a massive shift in momentum and it created pressure cracks.”

Ansible, which had snagged the Kia account as digital agency of record under former leadership, had overlapping capabilities around mobile with the IPG Media Lab, which resulted in a confusing offer for clients, said another former Mediabrands exec close to Ansible.

And Initiative was still suffering after losing the MillerCoors business in January – and hadn’t fully rebounded from losing the Unilever account back in 2002, said Pivotal Research analyst Brian Wieser.

“MillerCoors was a really tough loss,” he said. “He struggled to reinvent Initiative as has everybody for the last 15 years.”

Tajer also overhauled leadership at Initiative and Ansible and installed Australian cohorts Mat Baxter and Travis Johnson, respectively, to head up each unit. While both are respected executives, not all US employees saw the overhaul as necessary.

“Smart, talented people were displaced for obscure reasons,” said the source close to Ansible. “It probably affected the business at the end of the day. After two years, you can start feeling that it’s not really working.”

Under Tajer, IPG won some big accounts. But credit for most of those wins – including Coca-Cola and Johnson & Johnson – was attributed to UM and its CEO, Daryl Lee. With 122 new client wins, including Coach, Accenture and Fitbit, UM was the highest-ranking agency for new business wins in Q1 2017 with estimated year-to-date win revenue at $82 million, according to advertiser research firm R3.

UM is largely independent, and has an occasionally tense relationship with the larger Mediabrands group.

After Cadreon President Arun Kumar was tapped to scale data and technology across the holding company, he reported directly to Philippe Krakowsky, chairman of IPG Mediabrands and IPG’s chief strategy officer – another sign that Tajer was clashing with key execs.

“That’s a sign you want to read into,” Wieser said. “That’s a personality-driven issue.”

A core part of Tajer’s investment plan centered on Cadreon, a major profit center. When he drove success in Australia and came on board in the US, clients didn’t scrutinize media buying at agency trading desks as much as they do today – especially in Australia, which tends to put agency practices much less under the microscope.

“They wanted more aggressive monetization efforts like they had in Australia,” Wieser said. “One could infer they wanted to keep a check on him because IPG has stronger branding with respect to being transparent.”

Since then, however, programmatic margin growth has decelerated rapidly as clients across the holding companies move away from nondisclosed buys to fixed-fee and FTE models for programmatic. In the US, where clients are renewing their contracts around agency compensation, growing margins through Cadreon was more of a challenge. According to R3, media revenues from new business wins at IPG were down roughly $20 million in Q1 2017.

IPG has been very vocal about the fact that it doesn’t buy media as principal, a model made famous by GroupM’s Xaxis where agencies procure inventory and resell it to clients. But the trading desk can still contractually make a margin on media based on pre-agreed terms in client contracts by guaranteeing outcomes on a fixed CPM.

For example, if a client invests $250,000 in Cadreon at a $10 CPM, a nondisclosed model could allow the trading desk to acquire it in real time for a lower cost and make margin off the difference, as long as those guarantees are delivered. The client knows that the trading desk is making a margin, but not how much that margin is. That model favors the agency because it eliminates opportunities for fee negotiations.

But since the Association of National Advertisers released a report in June detailing nontransparent practices at agency trading desks, clients have begun asking for more insight into agency fees.

“The investment made in Cadreon came with goals based on what billings they expect and how that translates into margin,” said the ex-Mediabrands exec with knowledge of its programmatic business. “All of those things are directly impacted by [whether] clients will accept an undisclosed margin.”

And clients aren’t so willing to accept undisclosed margins anymore, even if they had contractually agreed to them in the past. Holding company earnings reports for Q1 2017 showed clients are moving away from programmatic buys that don’t disclose agency margins bundled with the cost of media.

As the lid gets peeled off the trading desk business, holding companies are repositioning around data, analytics and digital transformation, rather than high-margin operational tasks like pulling the levers on programmatic buys.

But they’ll have to package those services in a transparent way and bring value-add technology to the table to get marketers to buy in.