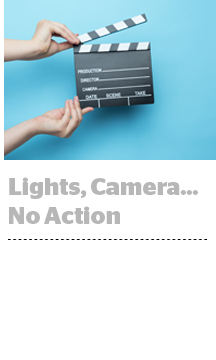 Brands that haven’t gone dark still need a steady flow of creative, but production shoots are on hold.

So with everyone practicing social distancing, brands are repurposing stock assets and using influencers as content creators.

“People are looking for any cost-effective solution that gets them high quality ads,” said Alex Collmer, CEO of creative automation platform VidMob.

Dusting off the B-Roll

The biggest advertisers have stockpiles of highly-produced creative assets that they never brought to market, just “gathering dust on the digital shelf,” said Mary Keane-Dawson, CEO of influencer agency Takumi.

Now, they’re repurposing those tapes and stock images into creative that’s sensitive to the pandemic. Many are speeding up the process by using creative automation tools.

Pharmaceutical giant Pfizer turned to animation quickly to create a campaign that featured tips and best practices, and adapted it for markets around the globe using VidMob. The CDC also worked with the platform on a PSA campaign that used stock imagery and raised over $6 million in donations on Facebook.

“They used animation and leaned on high-end, post-production personnel to turn it into something that works now,” Collmer said.

For other brands, old jingles are making a comeback. Takumi repurposed one male grooming brand’s famous theme song from the 1970s for a younger audience through influencers on TikTok, Keane-Dawson said.

User-generated content is also on the table. After an early March production shoot for a product launch promo was canceled, security company ADT sourced user-generated content from social media users about how they’re adjusting to life at home. Using that imagery, the brand created a message within a week that fit the tone of the moment, and will likely use the same process for a new product launch campaign in May.

“DIY is definitely relevant,” said Shannon Hendrickson, VP of marketing at ADT. “Brands need to be nimble and flexible in this environment.”

Animation is an easy way to create new content without in-person production. TurboTax, for example, is running a fully animated COVID response ad on Hulu encouraging people to do their taxes themselves at home.

“Every day we’re getting Slack messages from customers about small-run messaging strategies,” he said. “That’s a big change.”

Social media use is up 83% since March 16, according to a Meltwater study contracted by Heartbeat. And brands that haven’t paused their ad spend want in on the action.

So they’re turning to influencers, experts at churning out stylized, eye-catching social media content from home, as independent content producers.

“Consumers are looking to social to find that escape,” said Bea Iturregui, VP of brand partnerships at influencer agency Cycle. “Brands are trying integrate into those conversations, and many of them are doing that with influencers.”

Heartbeat is fielding six opportunities related to commercial shoot cancellations for brands that still want to advertise. And influencer agency Obviously has seen a 33% increase in the number of proposals related to influencer branded content creation.

“We’ve seen a sizable increase in the number of brands looking to work with influencers to replace their in-house or agency production team,” said CEO Mae Karwowski. “They get the image rights and it’s completely a content creation play.”

Influencer agencies are hooking their clients up with talent they’ve had good experiences with in the past to develop content that can live in their own social feeds, either by creating new images or doing post-production work on assets they already have. Travel and hospitality brands that have paused ad spend are leaning into the latter, while alcohol and spirits brands are doing more original branded content, Cycle’s Iturregui said.

“We’ve been able to send influencers the product and a shot list, and they’re delivering enough content to populate our client’s social calendars for weeks,” she said.

Ulta Beauty is contracting its brand ambassadors through Obviously to produce additional content for its Instagram feed, Karwowski said. The agency signed similar contracts last week with BIC Razors and Coca-Cola, but declined to share more about the campaigns.

Like creative automation platforms, influencers can turn around content fast and put a fresh spin on older assets.

Takumi worked with an influencer on a TikTok campaign that was live in three hours from getting the brief, Keane-Dawson said. And influencer platform Linqia is combining influencer production and creative automation by adapting “hundreds of thousands of permutations of content and putting it in new formats,” said COO Daniel Schotland.

Influencer marketing is becoming less polished – which seems more authentic – as homebound influencers take up livestreaming to connect with their audiences. Brands can find interesting and relevant ways to integrate into those conversations as consumers grow hungrier for entertainment.

During the week of March 17, Chipotle hosted celebrity hangouts on Zoom, where 3,000 fans were able to virtually chat with influencers such as former “Bachelor” contestant Colton Underwood.

“Brands can sponsor 15 to 20 seconds of that video,” he said. “It’s a super underutilized way for them to get involved.”

Brands leaning into faster, cheaper production may not return to the old way of doing things post-pandemic.

Many will be grappling with the financial fallout of the virus and in need of more cost-effective creative. Brands can sometimes save up to hundreds of thousands of dollars when working with influencers vs. traditional creative agencies.

Influencer CPMs are higher than paid social ads, but the content often performs better. Emerging platforms such as TikTok offer competitive CPMs for tier-one influencers that “can get you a fraction of a cent on a CPV,” Heartbeat’s Freeman said.

As for creative automation platforms, the production costs are zero.

“The cost is focused on the post-production side, so there’s definitely savings there,” VidMob’s Collmer said.

Creative agencies still charge hundreds of thousands of dollars for 12-month research, strategy and production processes. And they’re not set up to work remotely the way influencers and independent contractors are.

“The industry has been guilty of over-engineering a lot of what they do,” Keane-Dawson said. “Is there any place for that anymore? Trends are changing so rapidly."