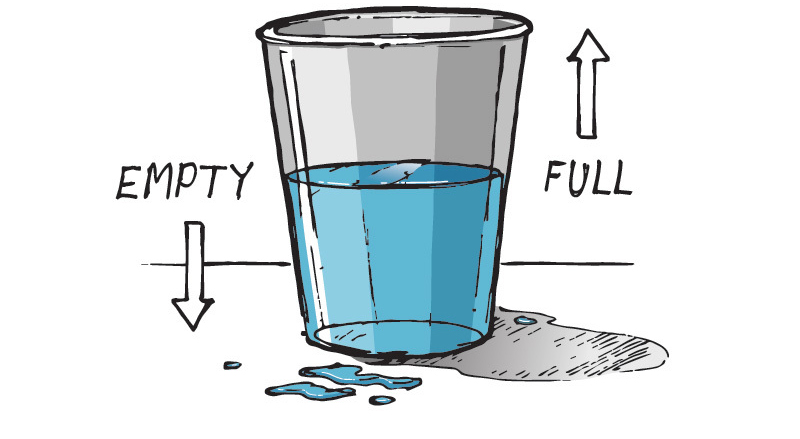 But one thing is certain: Ad spend will tumble.

“It’s always a safe assumption that in a declining economy you also see a deceleration in ad spending,” said Brian Wieser, global president of business intelligence at GroupM.

The overall economy has gone from solid to unsteady in a matter of weeks as Americans shelter in their homes en masse, and Goldman Sachs and Morgan Stanley are predicting a precipitous drop in US GDP in the second quarter – 24% and 30%, respectively.

Marketers are attempting to manage their expenses and their expectations.

Seventy-four percent of ad buyers believe that coronavirus will have a bigger impact on US ad spend than did the last financial crisis, according to recent data from the Interactive Advertising Bureau. A quarter of brands paused all ad spend in Q1 and Q2.

The only thing that can relieve the FUD are still unknowable answers to two thorny questions: When will the pandemic end and how quickly can the market – and marketers – bounce back?

“The biggest issue – and this is true for the economy and the ad economy in the United States or any other country – is how well this crisis is managed at a national and local level,” Wieser said. “The political choices made here can take a bad situation and make it worse.”

It’s not all doom and gloom.

Although certain sectors are in freefall – travel, hospitality, airlines, theaters and brick-and-mortar retail are all halting their advertising – others, such as ed tech, streaming services, pharmaceuticals, food delivery and technology companies that help support remote work have a reason to advertise now more than ever.

New consumer behaviors are being forged as we speak.

“There’s an opportunity now for some companies to steal market share away from competitors, and advertising can help there,” said Garrett Johnson, an assistant marketing professor at Boston University’s Questrom School of Business. “It’ll be interesting to see which companies take the long-term perspective on this – it really is an investment in the future.”

“It’s about brands persevering with their customers in a human-to-human capacity rather than bottom-line metrics or driving conversions,” he said.

Marketers hope that pent-up consumer demand will return when it’s safe to go out again and businesses rev up.

“We’re sitting on assets,” said Christian Polman, group chief strategy officer at Ebiquity, speaking during a virtual event hosted by the Advertising Research Foundation last week. “Unlike war, things are not getting destroyed – the productive assets are there.”

A recently-signed $2 trillion stimulus package will provide some modicum of relief to workers in the interim. Until then, disposable income might be tight, but people will still make purchases, despite having to tighten their belts, said Barry Lowenthal, CEO of The Media Kitchen.

“Brands with online conversions will increase throughout the recession,” he said.

Though some brands, such as Tesla, are “probably screwed – people won’t be buying $100,000 cars for the rest of the year – if you do need a car, you might buy a Kia or a Toyota,” Lowenthal said. “And you’ll see brands get creative, like Hyundai did during the last financial downturn.”

During the Super Bowl in 2009, Hyundai launched an incentive program that allowed people to return any newly leased or financed car with zero impact to their credit if they lost their job.

But in a recession, businesses always have to make tough decisions.

“The speed with which people have been laid off over the last few weeks maybe isn’t surprising, but it’s been very rapid and among a class of people who probably didn’t have a lot of savings to begin with,” Wieser said. “If a company needs to cut costs, it’s going to cut all costs concurrently, including layoffs and advertising.”

The categories that are still spending are also spending less. Magna predicts that global ad spend will decrease 2.8% this year to $217 billion – compared with its previous forecast of 6.6% growth for 2020.

Some marketers have no supply, while others are afraid to provoke demand they can’t fulfill.

Agencies are anticipating clients in the most affected verticals will try to renegotiate their rates or look for a line of credit, said Jon Hook, a former MediaCom exec and VP of publishing at Polish game studio BoomBit.

And the third quarter economic rebound optimists are anticipating must contend with another factor: Fear.

The end of the pandemic doesn't necessarily mean there will be lines out the door when businesses reopen. Spring breakers aside, expect extreme caution and a slow return. “This is going to have longer-term effects than I think some people realize, and that’s scary,” Boston University’s Johnson said.

“When our media starts to be filled with hundreds or thousands of Americans dying every day, the mood is going to be very dark – and it’s hard to see how we escape that, given what’s happening in other places in the world,” he said. “What possible message can a brand put out at a time like that?”