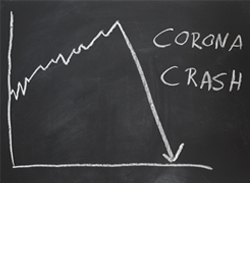 Global ad spend will be down 2.8% this year to $217 billion in the wake of the COVID-19 outbreak. That’s revised downward from Magna’s December forecast, which anticipated 6.6% growth to in 2020.

Linear will be hit the hardest, thanks to the postponement of the 2020 Olympics. Linear TV ad spend will be down 12% to $85 billion this year, taking a 20% hit in the first half and “rebounding” to a 2.5% decline in the second half.

Meanwhile, digital ad spend, which has maintained robust double-digit growth for years, will slow. Initially projecting 10.9% growth for digital, Magna revised that down to 4% to $132 billion growth in 2020, with investment down 2% in the first half of the year and up 10% in the second half.

“We were always expecting a slowdown for digital this year as it matures, but it’s pretty clear it’s going to be single digits,” said Vincent Letang, EVP of global market intelligence at Magna.

Magna’s calculations correlate ad spend with the overall economy. But the volatile economic situation means these numbers will likely be very different by its next forecast in June.

“Everything is fluid at the moment,” Letang said. “The forecasts from Wall Street analysts change every day. We tried to strike a balance between being overly pessimistic and naive.”

This economic crisis is particularly difficult to analyze because unlike the crash of 2009, both consumer demand and supply are impacted. When consumers are ready to shop again, they may find the products they want are not in stock, Letang said.

But there are reasons to be positive about 2021. Magna expects the market to rebound to 2.5% growth, up from previously projected 1.4% growth, thanks to strong comps over 2020 figures, spend from the postponed Olympics and the recently passed financial stimulus package.

“At some point, sooner or later, business resumes and delayed consumption and investment kicks in,” Letang said.

Despite a global pandemic, it is still an election year. Political ad spend will buoy the market somewhat.

Magna expects political ad spend to be up 26% this year to $4.9 billion compared to 2016’s numbers. That’s down from its original forecast of 38% growth, but still robust, Letang said.

“There are reasons to believe that in the next few weeks, fundraising will start again for the general election,” he said. “Billionaires will still be able to afford large donations. That’s pretty much guaranteeing it will be the biggest spending year ever.”

Two-thirds of political ad dollars will go to local TV, which will decline 14.4% this year. Magna previously anticipated a drop of 4.5%. Local TV is losing out due to digital’s growth. Almost 20% of political ad spend will go to digital, bringing the channel to over $1 billion in political spend for the first time, almost triple the investment it got in 2016.

Media consumption is also up by up to 10% in certain dayparts where advertisers may not have previously considered spending, like daytime TV. That’s allowing them to reallocate lost sponsorships on things such as canceled sporting events to new spots.

“[The crisis] doesn’t change the drivers and inhibitors for brands to use linear media,” Letang said. “Brands need to invest in upper funnel marketing in the long term.”