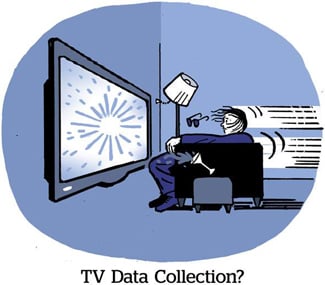 The ad industry has lots of similar-sounding terms to describe how content reaches viewers – advanced TV, addressable TV, convergent TV. But what those terms actually mean and how they differ is another story – well, this one, actually.

“Advanced TV” refers to anything that is not traditional, over-the-air broadcast TV. It represents the “move beyond demos to more precisely distribute, target and measure” TV content across households and devices, said Jes Santoro, SVP of advanced TV and video at Cadent.

In other words, advanced TV reflects the broader move away from legacy television and toward cross-platform content distribution and using data to inform campaigns.

“There are a few flavors of this change,” said Tracey Scheppach, CEO of video marketing consultancy Matter More Media. “But it really comes down to two things: the way content is distributed and the amount of data that’s captured.”

The different “flavors” of nontraditional TV include all of the various industry terms people use to talk about changing TV consumption habits, including addressable TV, convergent TV, data-driven linear and OTT.

It’s important to understand the nuances.

What is addressable TV?

Addressability is the deterministic one-to-one delivery of ads, as opposed to the one-to-many distribution legacy TV is known for.

“Broadcast television is unicast, meaning [all content] comes from a central place and every household sees the same thing,” Scheppach said.

Addressable TV, meanwhile, uses audience insights tied to an IP address and/or a set-top box to target a device on a one-to-one level. This means that each household is targetable with a different personalized ad.

But while only some linear TV is addressable, OTT and digital content is addressable by nature, because it’s all served based on a viewer’s IP address, Scheppach said.

“Linear and OTT, including CTV, mobile and desktop – all of that is addressable,” Scheppach added. “Addressability is a concept that doesn’t fall in only one camp or the other.”

The term “addressable linear” specifically refers to the use of data for one-to-one targeting on linear channels.

The best way to think about data-driven linear is as a less sophisticated version of addressable TV.

DDL is just one step above that. Rather than relying on a small sample size of “surrogate” data, DDL uses custom panels built with more first- and third-party data sets that help advertisers better “identify linear spots that index highly against their target audience,” said Jon Watts, managing director of the Coalition for Innovative Media Measurement (CIMM).

Although DDL is still a panel-based methodology, it makes use of more data than traditional TV.

But as a demo-based, probabilistic approach, DDL still inevitably leads to some wastage. “It doesn’t create a tremendous amount of efficiency [without] lopping off the people you didn’t want to talk to,” Scheppach said.

Compared with the likes of advanced and addressable TV, the term “data-driven linear” not only isn’t sexy but might also be somewhat redundant.

Some industry players think DDL is a pretty unhelpful term, Watts said, because “we’ve always used indexing to identify target audience [demos] and, just like broadcast, a certain portion of the audience [that is reached] won’t necessarily meet the target demo.”

Watts added that the use of demos is why the industry is still debating whether or not DDL can be considered “advanced.” Opinions seem to vary based on how relevant the practice is for the person holding court. Digital-native players tend to look down their noses at DDL, whereas when linear-first companies say “advanced TV,” they’re likely actually referring to DDL, Cadent’s Santoro said.

Last but not least, converged TV refers to the best of both worlds: the ability to transact media buys across all screens, channels and platforms.

“Converged TV is exactly what it says it is – the convergence of all forms of TV, including linear, connected TVs and OTT devices, like phones or tablets that can deliver TV content through apps or the web,” Santoro said. “In a fully converged world, we would have the systems and infrastructure in place to plan and transact across all screens, with consistent terms and workflows.”

Although we don’t yet live in a fully converged TV world, marrying the best of linear and digital tech and methodology would really help deal with the most common viewer grievances, with ad overfrequency at the top of the list.

Today, linear and OTT are like two islands: You can see across one to the other, but they’re disconnected.

“Convergence is being able to measure across the two islands to achieve a unified ad experience,” Scheppach said. “If I’m watching CNN via my Comcast subscription but then later I turn on Hulu, I don’t want to see the same ad 10 times one way and 10 times the other way.”

Why? Because converged TV is still a work in progress. To put it more simply, “Right now we [still] can’t count,” Scheppach said.