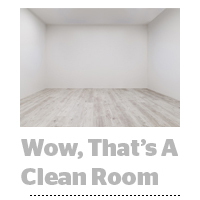 Amid a continuous onslaught of negative headlines, Facebook reported slower revenue growth on Monday as a result of, yep, Apple’s AppTrackingTransparency framework. And Facebook warned that the road ahead will remain rocky. Facebook’s Q3 revenue grew 35% to $29.01 billion, missing expectations and falling far short of the 52% growth rate for the first half of 2021. The uncertainty surrounding ATT won’t end soon, and Facebook knows it. “We and our advertisers will continue to feel the effect of these changes in future quarters,” COO Sheryl Sandberg told investors. Facebook said it plans to retool its apps for younger users. Facebook shares were trading about 4% lower on Tuesday afternoon, but that’s much better than Snap, which sank 22% after its earnings report last week. The culprit: ATT, of course. After initially praising Apple for its privacy stance, Snap is now blaming Apple for its revenue miss. “After last week’s bomb from Snap and many other ominous dark clouds on the horizon, Facebook’s 3Q 2021 revenue performance and 4Q 2021 guide should provide a needed dose of pain relief to the equity markets,” MoffettNathanson analyst Michael Nathanson wrote in a note. Guess everything is relative.

Amazon came out of beta with its clean room data service, Amazon Marketing Cloud (AMC) on Tuesday. It’s important news because clean rooms are all the rage right now and Amazon Advertising and Amazon Web Services are dueling with Google’s Ads Data Hub and the Google Cloud Platform for dominance in the new sector. But another important announcement was easy to miss alongside the AMC launch: There are now more than 20 million “Brand Follow” relationships in place with Amazon’s ecosystem – and Amazon is beefing up the benefits. The main benefit for sellers previously was that Amazon would send mobile notifications to followers when sellers start a live stream. But that isn’t so enticing, because most brands don’t live stream on Amazon. The new incentive will give shoppers the ability to see deals from brands they follow directly on the Amazon home page – and that’s a tasty carrot. Brands will push much harder to accrue Follows if their product promotions could show up organically on the front of Amazon. Read the release.

Tremor has landed an exclusive partnership with VIDAA, Hisense’s smart-TV operating system, for automatic content recognition (ACR) data. ACR data is lucrative because it identifies which shows or commercials played on a device and attaches that data to a household, streaming account or CTV ad ID. Smart TV operators are honing their ACR strategies, since many (not counting Google’s Android TV OS, Roku or Amazon Fire TV) don’t have fully-fledged ad businesses to take advantage of the data. But unlike most web publishers, smart TV makers don’t license data willy-nilly. It’s rare to hold exclusive data or inventory partnerships on the web. A publisher may license data to LiveRamp or use Magnite as their go-to SSP, but also likely sells data to other companies and uses other SSPs. For TV manufacturers, exclusive partnerships or walled garden-only access is the main model. Vizio’s ACR data business Inscape has an exclusive deal with Yahoo DSP (formerly Verizon Media, slash Oath, slash AOL and Yahoo). Meanwhile, the TV maker LG opted to buy Alphonso, an ACR and CTV startup, and eliminate third-party data partnerships in the process. Samsung likewise only uses ACR data for its own ad clients.

Chrome and Adobe partner to bring Photoshop to the web. [blog]

Roku wants to make it really easy to target viewers who are streaming TV. [Gizmodo]

GroupM and Hogarth team up on an addressable content offering. [MediaPost]

Mark Zuckerberg sets Facebook on a long, costly path to making the metaverse a reality. [WSJ]