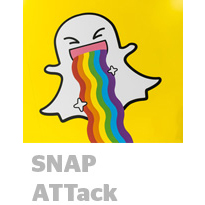 Are advertisers caught up in the CTV hype? Mike Shields thinks so. In a recent Substack post, he suggests advertisers ditch the various CTV walled gardens and head over to YouTube instead. There are thousands of streaming services, but YouTube and Netflix still corner about 47% of the market and haven’t lost share in the last six months. That means new streaming players are taking share from Amazon Prime, Disney Plus and smaller players. CTV suffers from measurement disputes, lack of scale, the inability to frequency cap and a cat’s cradle of rules for first-party data. Meanwhile, YouTube is ubiquitous – and advertisers use first-party data to target and measure campaigns. Yes, advertisers must use Google’s black-box identifiers and attribution, but they seem to deliver … or are better, at least, than what’s found elsewhere. “The dark secret is that YouTube cuts across every new TV walled garden – it’s on every connected TV, regardless of gatekeeper,” Shields wrote. “This is why Roku cannot afford to screw around, since the loss of YouTube on TV could be a deal-breaker for many households.” YouTube and Roku’s headbutting continued over the weekend, as YouTube pulled its apps from Roku.

The Brand And DR Seesaw

Snapchat is suffering from a pullback in direct response advertising in the wake of the full rollout of Apple’s ATT policy. Snap’s stock fell by more than a quarter after the company reported earnings last week, when CEO Evan Spiegel said the app was struggling with Apple’s new attribution technology, called SKAdNetwork. Its direct response business was flat quarter-over-quarter. Until recently, Snapchat had been “conspicuously blasé” about ATT and even supportive of the policy, at least compared to Facebook’s vocal opposition, according to Ben Thompson at Stratechery. Early in the pandemic last year, Snapchat’s ad business hemorrhaged brand advertisers, who also pulled back across channels, including TV, sponsorships and video, as they rethought overall media plans and content production. At the time, DR advertisers flooded the Snapchat platform (Facebook, too) because user activity was still high and they could take advantage of the increase in inventory without brands bidding up rates. Now, without reliable attribution for conversion metrics, such as app installs and web or in-app ecommerce sales, DR brands are the ones in a holding pattern and brand advertisers are flocking back.

IronSource’s shopping spree shows no sign of slowing. The mobile gaming monetization and ad tech provider has scooped up Bidalgo, less than two weeks after it paid $400 million for Tapjoy. The price tag wasn’t disclosed for Bidalgo, which specializes in tech used by app developers to measure, control and allocate spend across channels with a specific focus on ad creative. The acquisition brings ironSource a step closer to its grand plan of building a full marketing stack within its platform. “The combination will give app marketers an end-to-end solution for their entire marketing operation in one place, from creating ads through managing campaigns across channels and optimizing them,” ironSource CRO and co-founder Omer Kaplan said in a statement. Earlier this year, ironSource also bought in-app monetization player Soomla and creative workflow software service Luna Labs. IronSource began trading on the New Stock Exchange through a special purpose acquisition company in June, when it raised $2 billion in capital at an $11 billion valuation. Read more.

Mark Zuckerberg is set to testify in a Cambridge Analytica-related case that will likely force him to answer questions he evaded in prior congressional hearings. [Bloomberg Law]

Why DoorDash is bolstering its advertising offerings. [Digiday]