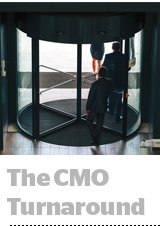 Apple cranked up its Intelligent Tracking Prevention (ITP) controls yet again, this time in ways that make it harder to classify users based on web content and site data. Read the WebKit blog post about the updates. All cross-site tracking requests will now be passed to the origin homepage, not specific pages. Previously, measurement and analytics tags could glean important details from page content and the URL. For example, instead of receiving “https://store.example/baby/strollers/deluxe-stroller-navy-blue.html” in the referral header, third parties now would only see “https://store.example/.” ITP will also now block all third-party cookie requests regardless of vendor status, unless the first-party website recognizes the user – which is a high bar, because the user must be signed in or revisiting the site within a 24-hour period. (A previous ITP update cut the persistent cookie window from one week to one day.) Credit for these updates goes to Google, though somewhat cryptically. Google apparently sent a private report to the WebKit security team that documented “the ability to detect when web content is treated differently by tracking prevention and the bad things that are possible with such detection.”

The CMO carousel has spun like mad this year, and another couple of big consumer brand marketer names have stepped off this week alone. The chief marketer departures have ranged from long-time company vets to newcomers, many of whom were brought aboard to oversee short-term turnaround plans. For example, Hasbro Brands President Jonathan Berkowitz is leaving the company after 17 years, just a year after he was promoted from SVP of marketing, Campaign reports. Hasbro is also hunting for a CMO, though it did hire former Wunderman Thompson CMO Jamie Gutfreund as CXO earlier this year. And Pizza Hut’s chief brand officer, Marianne Radley, is gone only 22 months after joining the company, The Drum reports. These new top-level marketer exits – and even the promulgation of titles such as “chief brand officer,” “CXO,” “president of brands” and “chief growth officer” – are consistent with the turnover and increased responsibilities within the C-suite and at the company board level.

Pauses Brought To You By …

Xandr has begun selling a “pause ad” unit that allows brands to display a message when viewers pause their programming. But unlike Hulu’s pause ad, which displays a static image over paused content, Xandr will serve a video ad 30 seconds after a viewer presses pause. The ad units will be available on linear TV and streaming. “That’s a non-interruptive ad. It’s very high value. It’s very brand safe. It’s 100% viewable, and our sales team is in the market now with that product and it’s gotten great reception,” Xandr CEO Brian Lesser told Variety. Xandr declined to name brands buying the ad unit and said it will reveal more at CES 2020. More.