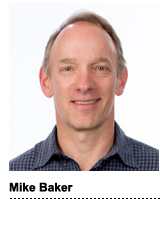 For Mike Baker, trekking to the top of a snowy mountain in Colorado and then snowboarding down isn’t all that different from the gumption it takes to found and nurture a startup.

“It’s not for everybody, but for people who are crazy enough to enjoy sacrifice and grit, it’s great – the journey is also the reward,” said Baker, co-founder and former CEO of dataxu.

Baker left dataxu after selling his company to Roku late last year, and he’s staying busy rather than riding off in the sunset.

After advising Roku on the integration for a couple of months following the deal’s closure in early November, he’s been indulging in his passion for splitboarding – an activity involving special snowboards that can be broken apart into skis – joining boards as a strategic adviser and coordinating his investments.

Although Baker is an ad tech OG – he co-founded and sold three ad tech companies over the last 13 years (Enpocket, Nexage and dataxu) – he’s also been spreading angel dollars to startups outside of the category, including esports, sports betting, green construction and a food tech startup focused on the microbiome.

But he’s still got his eye on ad tech. Pixability, a vendor that focuses on YouTube optimization, analytics and brand suitability, announced Tuesday that Baker is joining its board of directors.

AdExchanger caught up with Baker for a few hot takes.

On coronavirus: “When I’m going up a mountain, it’s just me and the one other person I’m with. Talk about social distancing.”

On joining the Pixability board: “It’s very much a sign of the times that YouTube reaches something like 90% of the 18+ US population, and I like what Pixability has done to develop data and analytics for this platform. The opportunity in joining the board is to help them do the same thing for CTV. Highly engaged, high-intent video audiences on YouTube extend naturally into the CTV realm. Dataxu was able to pivot hard into CTV and redefine the data and analytics we invented for display into a more useful and differentiated proposition.”

On his “scar tissue”: “I’m spending a lot of time advising CEOs, sharing my scar tissue. Most companies are founded by a couple of people, some of whom continue to be the right fit for the role and some who no longer are. This can lead to wrenching and difficult people problems. There is a right way and a wrong way to process through that. I learned the right way by experiencing the wrong way. You learn way more from mistakes than from home runs.

“Another is dealing with investors. I was a VC for a couple of years and witnessed a lot of CEOs that got sideways with their investors. There is a lot of drama that ensues when people have different agendas.” 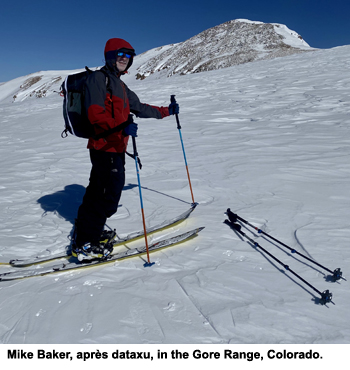 On where ad tech went wrong: “There are real opportunities in joining lots of information together in privacy-centric ways in order to get more profound insights. Health data is a great example. But we can’t treat the consumer like the product. People talk about cookies under threat, but it was never a good user experience to collect data in that way in the first place, nor was it the most useful information to collect from a business perspective.”

On what’s still interesting in ad tech: “Privacy-centric analytics; consumer identity and modeling audiences; and context, especially for video. Data generates valuable insights for businesses, but we need to find ways to do it that are normatively acceptable to society and, you know, legal.”

On why broadcasters are buying up AVOD: “One, the linear TV audience continues to shrink and get older, and broadcasters need to reposition and rebuild audiences around new ways for watching the same content. That’s the obvious part. But we are also entering a period of SVOD saturation. The Netflix model is a brilliant innovation, but it’s maturing. People are subscribing to home entertainment, but there’s also a nice opening for an ad-supported version – as long as we can cut ad loads or people will opt out of ad-supported economies.”

On why the AVOD ad experience is still … kinda terrible: “Everyone is aligned on this issue – advertisers, viewers and publishers – so why can’t we solve it? There are two problems. One is having the identity data you need to frequency cap across advertisers, and the second is the mechanics of how ad inventory is allocated so that it can go through a waterfall of different sellers. There’s a lack of awareness of what other ads are in a pod let alone what other pods are in a show.

“That is why the time is ripe for a common data format in AVOD that allows signals to be added into the media and the ad server to avoid repetition across different sellers of ads in the same program.”

On the most interesting opportunity in ad tech that not enough people are paying attention to: “It’s time for better interactivity for ad content on TV. Why not have a TrueView unit like YouTube, but on CTV? Firms like Roku have done a great job getting the streaming experience right and making it easy to control the content. Now it’s time to make the ad units richer and more engaging.”