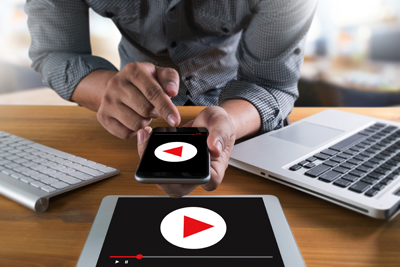 #TFW you know tons of people are engaging with your video content on social media, but you have no way to measure deduplicated reach and minutes watched per unique viewer across platforms.

The lack of cross-platform measurement standards for social video has stymied the flow of ad dollars from traditional channels, namely TV, to digital-first publishers.

Four-year-old French video publisher Brut has experienced this dynamic firsthand, said its founder and CEO, Guillaume Lacroix. Brut sees roughly 39 million uniques a month, the majority under the age of 45, and, in September, its content reached 38% of the French population. But advertisers aren’t comfortable shifting their budgets without TV-like ratings to back up the move.

“I don’t think we need initiatives that compare ourselves to TV,” Lacroix said. “If we have common ground, though, we can be in a position with advertisers to attract TV money and build our narrative around social engagement.”

But that’s been difficult to achieve, given the immense scale of social video. Hundreds of thousands of hours of video are uploaded every day. Tubular Labs alone tracks more than 1 billion views through its platform on a monthly basis.

Over the past couple of years, Tubular conducted around 600 data science experiments to hone its predictive algorithms, and engaged in regular check-ins with the Global Video Measurement Alliance, a consortium of its clients made up of broadcasters, agencies, brands and digital publishers. The group helped Tubular develop its audience ratings product.

“Because we’re all a part of the process and we’ve been on this journey together to come up with measurement tools, it builds trust among us,” Lacroix said.

Rather than focusing on cross-channel ad measurement, which is how most panel-based measurement solutions tackle the problem, Tubular’s audience ratings zero in on content engagement, said Chief Commercial Officer Neil Patil.

“The key thing is being able to compare your property or channels against others in an apples-to-apples way,” Patil said.

But there are also other novel applications for cross-channel audience metrics.

Brut, for example, is working with Nespresso to run a global campaign in more than 20 countries at once, which Brut is able to do because it can prove deduplicated viewership across channels in different markets.

“We need to be able to come to advertisers with measurement not made up of likes, but of real views,” Lacroix said. “It’s become a fair fight for us thanks to measurement.”