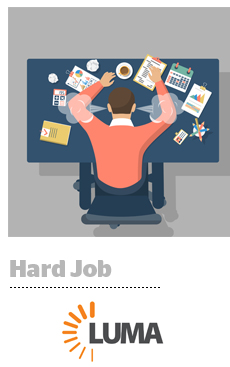 Publishers like to pretend that consumers can’t live without content – but if 95% of media brands disappeared tomorrow, no one would care, said Rafat Ali, CEO and founder of travel publisher Skift, at LUMA’s Digital Media Summit in New York City on Tuesday.

Despite the value media people ascribe to the importance of what they call premium content, “their brands are disposable,” Ali said.

That’s harsh, but the scramble for digital ad dollars has been a race to the bottom.

“If a story breaks tomorrow, they will all do the same sort of stories 20 times over, because they want the clicks,” Ali said. “The notion they are premium, especially online, is very hard to believe in general.”

The 5% of publishers that will rise to the top are the ones people are willing to pay for, because they produce content that matters and that isn’t reproducible, said Rich Antoniello, CEO of Complex Media.

But even for the lucky few publishers that can earn subscription revenue, ad-based revenue isn’t going away.

“The hope of paywalling or dynamic paywalling is the hope you don’t destroy your ad business at the same time,” said Troy Young, president of Hearst Magazines Digital Media.

Facebook has also been unstable as a publisher distribution channel.

“I’m always reminding people we don’t have a contract with Facebook,” Young said. “Facebook doesn’t pay us money, we don’t have a structured distribution content – and so it’s going to be an opportunistic relationship by nature. If we are critical of Facebook, it would be about a lack of transparency and a relationship that’s difficult at times to predict.”

Difficult to predict but controllable if there’s a smart strategy in place. Facebook is core to Complex Media’s game plan, but only for discovery, not for content consumption, Antoniello said.

Frankly, publishers can take a page out of Facebook’s playbook. Part of the reason Facebook and Google, for that matter, have been so successful is because of the measurability of digital media. It’s easy to have a conversation with an advertiser or an agency if you come armed with proven results.

But publishers can bring something extra to the table: premium content. They’ve just got to avoid commoditization and prove that their content can generate the sort of ROI advertisers are looking for.

“We’ve done enough studies to say that when you run advertising across good-quality publishers it works better,” Layser said. “At the same time, we need a better measurement source.”