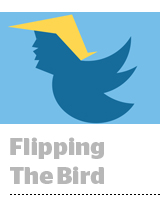 Miffed by Twitter adding fact-checking labels to some of his tweets this week, President Donald Trump signed an executive order on Thursday that, if enacted, would challenge social media companies or other aggregation platforms that moderate or remove political content.

The reported draft of the executive order targets Section 230 of the 1996 Communications Decency Act, which shields online platforms such as YouTube, Facebook and Twitter from liability for copyright violations or other illicit posts, as long as they respond quickly and remove content when there are complaints.

In the early draft, the administration contends that major online platforms are a 21st-century equivalent of the public sphere, and thus can’t “hand-pick” which comments or viewpoints are allowed.

The executive order would face a court challenge. And it consists mostly of “atmospherics” (aka political posturing) or changes that can’t be re-done by executive order or likely wouldn’t hold up in court, according to Daphne Keller, platform regulation director at Stanford’s Cyber Policy Center (and former Google deputy counsel), who published an annotated version of the draft.

On the other hand, Republican politicians, regulators and policy leaders have been circling social media content regulations for some time.

On Wednesday night, Republican FCC Commissioner Brendan Carr told Fox News host Tucker Carlson that he believes Section 230 should be pared back and that the FTC could pursue a case against social media platforms for unfair business practices. In the past year, Republican Senators Ted Cruz and Josh Hawley have proposed bills giving Congress powers to regulate if and how social platforms can ban users or block certain content.

The administration’s enthusiasm to take on social media platforms this week was spurred because Twitter, for the first time, attached fact-checking notices to two inaccurate tweets by the president about mail-in voting.

Twitter has reshaped its political content policies since the 2016 presidential election, when its platform was used extensively to spread Russian disinformation. In March, Twitter used its “manipulated media” label for the first time for a post by White House social media director Dan Scavino, who had deceptively edited a video of former Vice President Joe Biden.

Facebook removed a Trump campaign ad in March that duped people into submitting personal info on the pretense that it was for an official Census document. But Facebook has taken a far more hands-off approach.

In a Fox News interview on Thursday, Facebook CEO Mark Zuckerberg drew a line between Facebook and Twitter, saying a platform company shouldn’t be the “arbiter of truth” in US news and politics.

Twitter CEO Jack Dorsey pushed back, saying Twitter will continue to label incorrect and deceptive information about elections. “Our intention is to connect the dots of conflicting statements and show the information in dispute so people can judge for themselves,” he wrote in a Twitter thread.