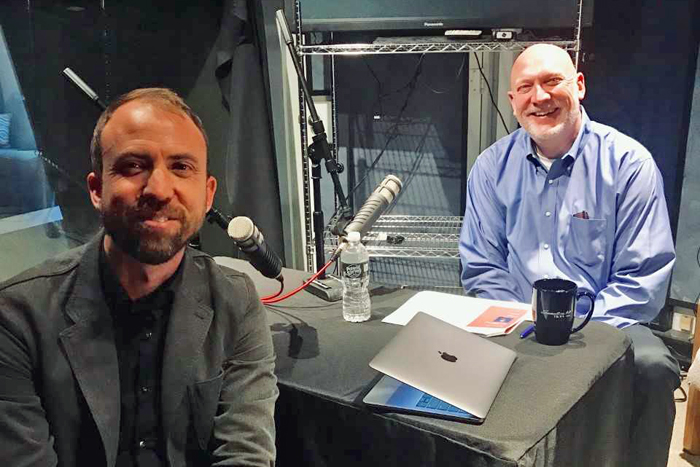 You can subscribe to AdExchanger Talks on iTunes, Google Play, Spotify, Stitcher, SoundCloud or wherever you get your podcasts.

LiveRamp is by far the most widely used platform for first-party data onboarding and identity resolution. This week on the podcast, its gregarious CEO Scott Howe talks about the company’s wild ride – from private concern to Acxiom subsidiary to public company valued at $3 billion – and where it’s headed next.

According to Howe, LiveRamp’s real advantage, and its future opportunity, is all about the network effects.

“By virtue of connecting more and more constituents across the ecosystem, everybody benefits,” he says. “The bigger we get, the more value we provide to all of the constituents and the harder it is for anyone to replicate that value.”

This consideration was a factor behind the 2018 sale of Acxiom to Interpublic Group. LiveRamp wanted to partner more closely with Acxiom competitors like Epsilon and Merkle, and being stand-alone let it do so.

Today, marketers are at a critical turning point when it comes to the use of data in marketing and the underpinnings of digital identity. Howe’s career has been largely focused on this issue (“My story is the story of data,” he says) and so he takes the long view. He observes data-driven personalization is not only about marketing, but also about healthcare, education, government services and other functions. It’s an unstoppable force.

"Data is not going anywhere. The utilization of data has been one of the greatest fuels of the economy that history has ever seen,” Howe says. “What we need are some guardrails.”

But there is a group that should be concerned, he adds. “Any publisher or app developer that relies on another party to do their authentication is in danger of being disintermediated.”