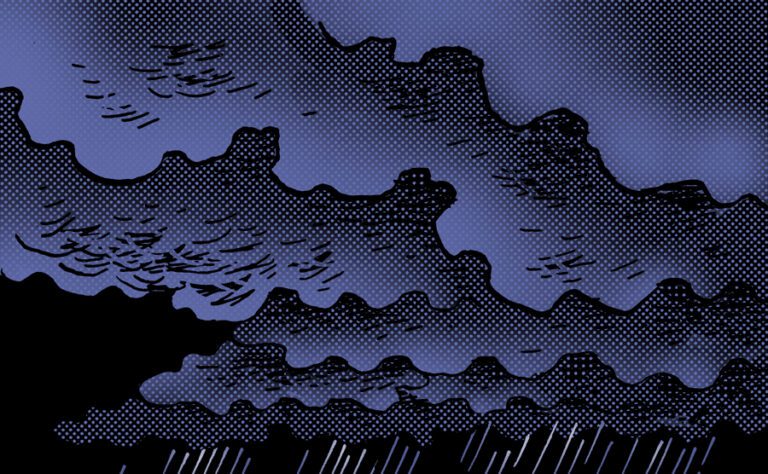 If revenue falls in the metaverse, does it make a sound?

For the first time in Meta’s history, it reported a year-over-year decline in total revenue, down 1% in the second quarter, to $28.8 billion – missing analyst estimates of $28.94 billion.

The total number of ad impressions served across all of Meta’s surfaces increased by 15%, but the average price per ad decreased by 14%, driven by a reduction in advertiser demand and the mix shift toward lower-monetizing surfaces, aka Reels.

“We seem to have entered an economic downturn that will have a broad impact on the digital advertising business, and it’s always hard to predict how deep or how long these cycles will be,” Mark Zuckerberg told investors during the company’s earnings call on Wednesday. “But I’d say that the situation seems worse than it did a quarter ago.”

Meta isn’t alone in that boat.

Snap bled in Q2, Google’s growth rate is slowing down, and YouTube’s ad revenue is also on a swift decline.

Why is this happening? Choose your reason: a looming recession, the war in Ukraine, signal loss and advertiser pullback in the face of uncertainty (as if you could get through an article about an investor call without seeing the word “uncertainty”).

Sheryl Sandberg, Meta’s outgoing COO (she announced her imminent departure in June, and this is her last earnings call) also pointed to the normalization of ecommerce after “the pandemic peak.”

All fair points. But Meta really is uniquely at a crossroads.

It’s prioritizing Reels because it needs to compete with TikTok, and some users are ticked off that Instagram is turning into a TikTok clone.

But although Zuckerberg took pains to assert that Facebook is “still ultimately a social company focused on helping people connect,” it’s easy to tell that he’s a lot more excited about the metaverse than he is about Meta’s primary source of revenue: advertising.

And it’s gonna be a long time before Meta’s vision plays out, if it does.

In the meantime, Meta is investing in “adapting our ad system to do more with less data,” Sandberg said. It’s working on its Conversions API, business messaging, lead ads and developing privacy-enhancing technologies.

But, as one investor aptly observed on the call, “If you look at previous times where you gained competitive advantage, you also had a big data advantage that … you may not enjoy post-IDFA anymore versus [Google, Amazon and TikTok].”

Propping up your cash cow during an economic crisis while dealing with platform changes and betting the farm on a future that hasn’t materialized yet and probably won’t for quite awhile? Best of luck.