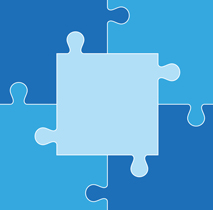 For a company generating tens of billions of dollars in advertising revenue, Facebook’s attribution offerings are highly reliant on cookies and pixels. This can lead to inaccurate reports that sometimes underreport conversions.

Thinkster, for example, an AI-based math tutoring app, typically spends between 90% and 95% of its ad budget on Facebook. But Facebook’s attribution tools would regularly demonstrate that Facebook only contributed roughly 50% of Thinkster’s sales and downloads.

But for the last few years, Facebook has been refining its conversion tracking technology to help give advertisers a clearer sense of its contribution.

Facebook evolved what used to be called its Server-to-Server API into the Conversion API that lets ad buyers send offline and web events from their server directly to Facebook so they can track what people do across multiple devices after they click on a Facebook ad without having to rely on cookies or browser-based pixels.

(It’s worth pointing out that the Conversion API is a different product than Facebook’s conversion lift studies tool, which measures the incrementality of Facebook ads, and was recently the source of a mini controversy after a glitch caused Facebook to undercount conversions.)

Since implementing Facebook’s Conversion API, Thinkster’s match rate – aka, the percentage of sales it can attribute back to a Facebook ad campaign – increased to more than 90%, which was more in line with its own internal reporting.

Getting better at attribution is an imperative in light of the challenges facing third-party cookies and device IDs.

In preparation for a cookieless world where IDFAs are harder to come by, Facebook is increasingly applying methodologies beyond regular pixel tracking, said Yahav Hartman, CEO and founder of Madgicx, a Facebook marketing partner that focuses on creative automation.

“When someone looks at content on a site, for example, you can’t connect that to a user without a cookie, and neither can Facebook,” Hartman said. “But once a user identifies themselves on a site, perhaps by adding payment information, initiating a checkout or even making a purchase, these are all bottom-of-the-funnel events that can be sent right from the browser directly to Facebook.”

Madgicx uses Facebook’s Conversion API to get a more complete picture of Facebook campaign performance so its clients, including Thinkster, can see which creative works best for particular audiences.

Madgicx recently rolled out creative intelligence tools that tag all of an advertiser’s creative elements, including product images, ad copy, and video assets across formats.It then uses AI and machine learning technology to optimize campaigns for Facebook, Instagram and Google.

With Facebook’s Conversions API, Madgicx can measure what’s working at the top and bottom of the funnel from a creative perspective, which is important because most people don’t convert after their first exposure. It’s a process, and any given creative is more or less effective depending on where prospects are on their journey.

“The whole market is going to take a hit when we lose cookie tracking,” Hartman said, “but Facebook will have the smallest hit because they have strong identity resolution technology, they can recognize users across devices and browsers, and they can combine this with the Conversion API.”

Regardless, Facebook remains “a black box” to many advertisers, Thinkster’s Valli said.

“The Conversion API tells you that Facebook is finally upping their game on attribution and I, as the advertiser, am the beneficiary of this,” he said. “But I still feel as if I’m spending money with a channel that isn’t being as transparent or open as I think it could be.”