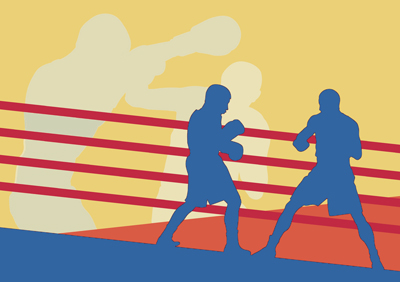 Facebook’s got its claws out, calling Apple’s move to require an opt-in for the IDFA “an attack on personalized advertising” that will harm small businesses, creators and kittens.

It’s just that it’s a little hard not to be facetious when a multibillion-dollar company that just got hit with twin antitrust lawsuits is positioning itself – and targeted advertising – as a savior for the little guys in a challenging economic environment.

But, to be fair, Apple is about to roll out a change in its ecosystem that will have a massive impact on the mobile advertising world, including small devs, creators and SMBs. Apple’s AppTrackingTransparency framework, set to go live sometime early next year after a deadline extension in September, will require app publishers to make major structural changes to the way in which they acquire users and monetize.

“Apple is proposing a sweeping change to the digital ecosystem … dramatically limiting the effect of personalized advertising,” said Dan Levy, Facebook’s VP of ads and business products, during a press call with reporters on Wednesday trashing Apple’s iOS 14 privacy plans.

Apple’s forthcoming changes, Levy said, favor big businesses, while SMBs will struggle to stay afloat without access to the affordability of targeted advertising.

Facebook is insistent that Apple’s move will cripple small businesses and creators. Without the ability to effectively monetize through advertising, they’ll either turn to subscriptions and in-app purchases to make money or at worst be forced to close their doors.

Relative to the hit small businesses could take, though, Facebook “will be fine,” Levy said. Facebook has already factored the targeting and measurement-related headwinds that it’s regularly been referencing on its earnings calls for well over a year into its expectations for the business.

There is a question, though, as to how negatively SMBs – local coffee shops, restaurants, plumbers, hardware stores, et al. – will really be affected by Apple instituting a higher bar for collecting the IDFA, which primarily impacts app developers buying media through Audience Network and using third-party targeting data.

Levy demurred, contending that what Apple is doing is about a lot more than clamping down on IDFA use or picking a nitpicky fight over technical minutia.

“This is about a long-term view we believe is anti-personalized advertising,” he said. “Apple is trying to take the world back 10 or 20 years in terms of how advertising is working, and that is something we’re speaking up for.”

The question people should be asking, according to Facebook at least, is what is Apple’s motivation here?

“Let’s be clear about what they mean by ‘privacy’ … that personalized advertising is inherently inconsistent with privacy,” Levy said. “We fundamentally disagree with this – we think advertising and privacy aren’t at odds and that we can have both.”

Levy also accused Apple of acting anticompetitively by using its control over the App Store to benefit its bottom line at the expense of creators and small businesses.

He pointed to the so-called “Apple tax” by which creators are subject to a 15% to 30% tax on in-app purchases and subscription fees, methods they’ll ostensibly be forced to turn to if targeted advertising is no longer an effective monetization engine.

At the same time, Apple’s own advertising business is exempt from the new opt-in prompt requirement. Apple will collect data from apps, including in-app purchase data, by default and use it for targeted ads unless users specifically opt out through an obscure toggle in their settings.

For its part, Facebook, which flirted with the idea of no longer collecting IDFA on iOS 14 devices, will show the opt-in prompt within its own apps and via third-party apps in its Audience Network and continue to collect the IDFA out of necessity.

Without agreeing to show the prompt, Levy said, Apple will not allow Facebook to make its apps available to iOS users in the App Store.

The relationship between Facebook and Apple has been deteriorating precipitously in recent months.

Over the summer, right around the time that Fornite-maker Epic started sparring with Apple, Facebook called out Apple for not allowing Facebook to waive App Store fees associated with its then-new paid online events feature, which meant that businesses using the feature weren’t able to do so for free of charge as planned, at least not on iOS.

A few weeks later, Facebook-owned WhatsApp complained that Apple’s app privacy label requirement for apps in the App Store is both unfair and anticompetitive because Apple’s own iMessage app comes preinstalled on iPhones.

And, in early December, during a speech at the European Data Protection & Privacy Conference, Apple SVP Craig Federighi referred to claims being made by the ad tech industry about the negative effects of Apple’s IDFA changes – Facebook has been particularly vocal on the topic – to be both “outlandish” and “false.”

For good measure, Facebook said that it supports Epic’s lawsuit against Apple and “is prepared to provide relevant information in their litigation to show Apple’s policies are hurting the businesses who use our services,” Steve Satterfield, a director on Facebook’s global public policy team, told reporters on Wednesday’s press call.